From day one, Gascón has been more focused on political gamesmanship than on responsible or sustainable reform. 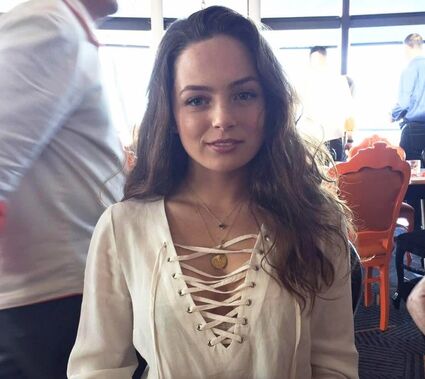 Brianna Kupfer, a designer in West Los Angeles, was killed by a man with an extensive criminal record who was out on $1,000 bail. Gascon supports zero cash bail and refused to prosecute her attacker because his latest theft was under $1,000.

Leadership and competence matter when you are in charge. As George Gascón has been subjecting Los Angeles County residents to his massive social experiment, it has become painfully clear he lacks both those traits (San Francisco mayor, London Breed, tried to warn us about that). It's this failure in leadership and competence, just as much as his short-sighted blanket policies, that has made him unfit to be Los Angeles County District Attorney.

From day one, Gascón has been more focused on political gamesmanship than on responsible or sustainable reform. His interviews are full of grandiose self-praise, inflammatory rhetoric aimed at his dissenters, and nausea-inducing absurdities (like claiming ending his ban on juveniles being tried as adults was not a "reversal" but him "continuing to evaluate" the situation). He rarely lets his guard down, but he did just that during a particularly illuminating moment in a December 2020 interview.

Fresh off winning one of the most publicized district attorney's races in the country's history, but still a few days before taking office, Gascón was clearly relaxed and able to speak more freely about his campaign and his future. Notably, he was on the cusp of issuing the most controversial directives in the history of the office. These directives drastically reduced consequences for virtually every criminal offense in the most populous county in the country. Knowing what he was about to implement, Gascón was questioned about his interest in higher political office. He said:

"If you look at my policy, when you see what's coming out on Monday, you'll say, 'That's the end of his political career! He'll be a one-term DA!'"

"I'm hoping not, by the way! Because the work will require more than one term, but I can tell you a lot of the people that are really close to me are very nervous [and they're telling me] 'Man, you're pushing the envelope.'"

After this brief glimpse of significant insecurity, Gascón quickly pivots back to his favored disposition (self-grandiosity), and compares his endeavor to landing on the moon.

Gascón's momentary acknowledgment of the potential massive political fallout is certainly striking for someone who "rarely expresses doubt" about his policies. What is even more striking, though, is that in this answer Gascón seems to understand the trepidation of those "really close" to him regarding his forthcoming directives. This is in stark contrast to his behavior since: vilifying and disparaging those who publicly criticize those same directives. Then again, Gascón has never really been about intellectual honesty so much as rigorous self-promotion.

Predictably, Gascón's campaign pledges have become broken promises. You can see them here. Sixteen months into his term and we don't have a "Crime Strategies Unit," a "Gun Enforcement Unit," a "Homelessness and Behavioral Health Unit" or a "Homelessness Advisory Board." There are promises that appear to only exist as line items on his campaign website, including promising to "advocate" for creating a "Behavioral Health Justice Center," "expanding" the "Los Angeles County Homeless Court Program," and being "committed" to diverting money from jails to "parks in environmental deserts." There are promises that amount to nothing more than a garbled mess of buzzwords, like "reducing eviction filings in order to help stabilize communities through cost-saving early interventions and through leveraging existing systems for support."

Gascón consistently piles on promises with all the legitimate commitment of a five-minute photo op, displaying one moment as though it is momentum. As though a to-do list is enough to get anything done.

It may be tempting to paint this recall as being about some policy disagreements, but the emptiness of these promises proves otherwise. The recall movement is rooted in Gascón's pathological devotion to self-glorification. Over the past 16 months, this has been painfully manifesting itself through his inept policies and his incendiary words directed at anyone who disagrees with him.

Gascón's short-lived ban on sentencing enhancements is a prime example. Sentencing enhancements are used to add custody time to crimes where the perpetrator has acted in a way that either increases the harm caused or the risk of harm, for example using a gun or causing serious physical injury. About 10 days after enacting the ban, he vigorously defended it, saying there would be no exceptions. Gascón even went so far as to say in a video interview that those who disagreed with him (including his own employees) "had a tremendous economic interest" in "continuing their journey of mass incarceration" and that the enhancements they were advocating for were "racist."

Gascon's tendency towards pomp over practicality was on display again only a few months later, when his own employees successfully won an injunction against him and his directives in Los Angeles Superior Court. There, a judge ruled that some of the most fundamental parts of his sweeping directives – including one banning his prosecutors from ever pursuing three strikes cases – violated California law. This awarded Gascón a most dubious distinction: his first official acts as district attorney were a series of commands to his own prosecutors to violate the law.

Even with the humiliation of being ordered to stop breaking the law, Gascón continued to stick by what was left of his ill-advised policy directives. And he did so despite a series of high-profile murders, follow-home robberies, and the now-infamous pictures of train tracks littered with delivery boxes. In the wake of all this terrible coverage, Gascón told CNN that those who disagree with his policies would have to wait until the next election, signaling he was going to stay the course. And he did, until Hannah Tubbs.

In that case,Tubbs violently molested a ten-year-old child in a Denny's bathroom. Tubbs was just a few weeks away from being 18 years old at the time, but evaded capture for another eight years. In the interim, Tubbs continued to accumulate convictions in other states for battery, domestic violence, and drug possession. When Tubbs was finally brought to Los Angeles County in 2021 to face the molestation charges, Tubbs remained in juvenile court because of Gascón's refusal to use the state law that permits requests to transfer a case from juvenile to adult court. Tubbs was then sentenced, at 26 years old, to custody time in juvenile hall and – perhaps most inexcusably – without any sex offender registration.

Gascón's subsequent clumsy defense of the sentence was such a catastrophic embarrassment he drew condemnation across the journalistic spectrum, from Fox News to the Los Angeles Times. And, for a political party who is routinely criticized as being "soft on crime," Gascón's defense of the juvenile hall sentence was a gift to the opposing party. It's no wonder that recently, when Democratic candidates for mayor of Los Angeles were asked to name something they supported about Gascón, not a single one of them dared say a positive word about him. Even progressive stalwart Kevin De León attacked one candidate for fundraising for Gascón, and then went after Karen Bass for having even shared the stage with Gascón when she announced her run for mayor, ominously saying, "you can't run away from who you were with on day one."

After Tubbs, Gascón was forced to reverse his hallmark ban on sending juveniles to criminal court. And while Gascón has attempted to defend some of his decisions as requiring a nuanced analysis, he can't be bothered to give the same deference to the positions of those who may disagree with him. Like when he shamefully attempted to draw parallels between the prosecutors in the LADA's office and officials in the Trump administration who detained children without their parents at the border. In a cheap political sleight of hand, he used the exact same language directed at those officials against his future employees, saying these prosecutors were indiscriminately keeping "kids" in "cages." It should also come as no surprise that someone who throws around such incendiary language at his prospective employees is prone to retaliation and happily flouts civil service rules to hire political cronies.

No wonder 97.9% of his prosecutors supported his recall in a recent vote.

Remarkably, despite the reversals, the injunction, the terrible press, and his position as a political pariah, Gascón steadfastly maintains that in order to improve his relationship with his employees, it's their responsibility to rethink things. Not his.

When the San Francisco Chronicle supported the recall of several school board members, it specifically cited competence, national embarrassment (like Gascón and the Tubbs case), and disregard for the law. As the Chronicle put it, "competence matters, even for progressives." Gascón has been anything but competent. His flagrant disregard for the law, inept policies and his derision directed at his own employees have rendered him totally unfit to lead the office he now holds. 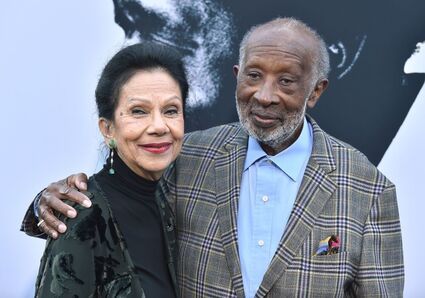 Jacqueline Avant, married to entertainment wizard Clarence Avant, was murdered by a man with an extensive criminal record who was out on parole. Gascon forbids his staff from attending or opposing any paroles.