Swimming in Santa Monica Storm Drains is Unsafe Due to Pollution. So Why are These Children Swimming In Them?

Pollutants, debris and raw sewage all find their way to storm drains. Everyone knows this, yet somehow no one told these kids. 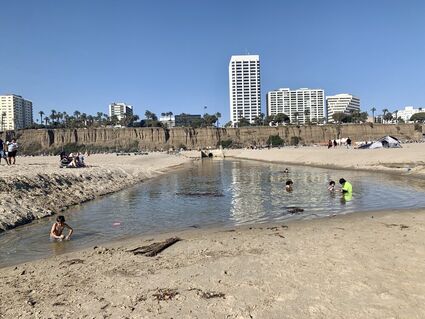 Swimming in Santa Monica Storm Drains is Unsafe Due to Pollution. But Kids Do It Anyway

It isn't safe to swim in storm drains in California. They carry dirt and disease down to the ocean. It's especially unsafe to swim there shortly after storms. And yet, people do it anyway. Including children.

The photos accompanying this article were shot on Sunday April 24, 2022. A beautiful day with 80 degree weather. I hate to be a spoil sport, but their parents should've kept these kids out of the ocean. 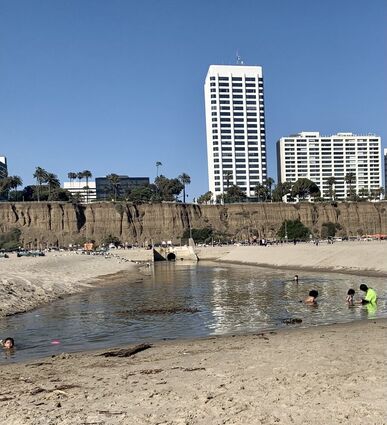 Swimming in Santa Monica Storm Drains is Unsafe Due to Pollution. But Kids Do It Anyway

There are no posted signs saying don't swim, at the ocean end of the storm drain system, West of Wilshire Blvd. In the past there were such signs. But they have apparently been removed during the pandemic.

Stormwater carries disease-causing bacteria and viruses. Swimming in polluted waters can make you sick. A study in Santa Monica Bay showed that people who swim in front of flowing storm drains are 50 percent more likely to develop certain symptoms than those who swim 400 yards from the same drain.

The purpose of these drains is to prevent flooding of streets by quickly transferring rainwater to natural bodies of water, so they lead to watersheds, streams, rivers, lakes, oceans, etc. This is an essential function. But it also means that the pollutants that also go down those drains foul natural waterways.