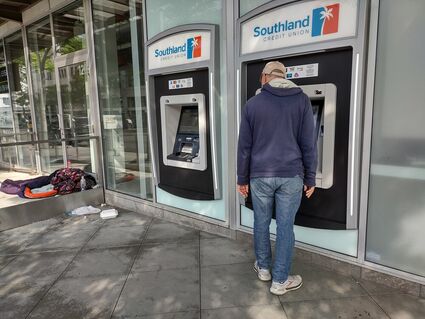 Money from Measure SM only seems to have increased encounters between residents and homeless individuals with mental health and drug addiction problems.

May 5, 2022 - Santa Monica Mayor Sue Himmelrich has printed a significant inaccuracy in her campaign handout literature regarding her proposed "Homelessness Prevention and Affordable Housing" initiative. Some, who are less charitable than ourselves, might call it a bold-faced lie.

On her flyer, titled "Standing Firm with Santa Monica," Himmelrich claims the proposed initiative to provide her estimate of an additional $50 million in revenue will come from "a 5% increase in the real estate transfer tax on sales of...property worth $8 million or more...."

What Himmelrich should have said was that the current tax on real estate transfers for a property over $8 million is 0.6%. And she wants to raise it from that amount ALL THE WAY UP to 5.6%.

The entire tax on the transfer would be 5.6% under her proposal. NOT the increase. The increase, as already noted, is 833%, or over 8 times the present tax on the sale of real property.

Voters in Santa Monica approved an increase in tax on real estate transfer less than two years ago, Measure SM. This increased the tax on properties over $5 million from $3 per $1,000 value to $6 per $1,000 value. This doubled the tax. The purpose of Measure SM was "To protect essential services including addressing homelessness, cleaning beaches/parks, public safety/fire/emergency response, protections for tenants and seniors, supporting libraries, small business recovery, food for the hungry, and after-school/ mental health services for youth." 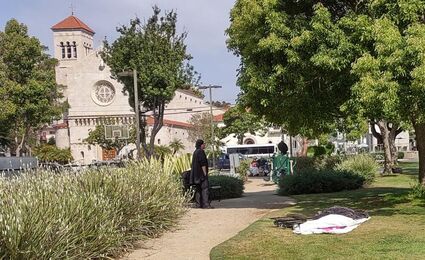 A relatively quiet day at Reed Park, which has become well known for drug deals, drug use, stolen property, and violence

The city that has been collecting funds from Measure SM has not made public the accomplishments achieved by the tax. In January, the city released a report on services they provide for the homeless in which staff admitted they were unable to total how much the city had spent on the problem since "the City currently does not have a methodology for tracking all expenditures related to homelessness." The report did not detail how many, if any, homeless individuals had been moved off of city streets. There was no catalogue of achievements related to homelessness.

With Mayor Himmelrich's pet tax on the "wealthy," which would include non-wealthy owners of rental property, it is likely the public would see the exact same cavalier attitude toward expenditures and indifference to results. All one can guarantee are more high-paid salaried city positions and more money for so-called nonprofit affordable housing developers.