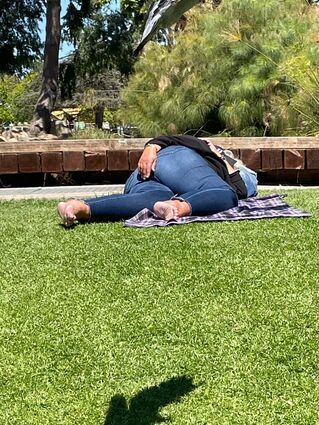 May 12, 2022 - The 2022 Homeless Count was released by the City of Santa Monica on May 5, approximately two-and-a-half months after it was conducted on February 23. While the absolute number of homeless was 807, or 100 less than the last count of 907 homeless individuals in 2020, this was due to a decrease in available shelter beds under Covid-19 restrictions. More homeless were found outside, unsheltered, than in 2020.

The number of people living in vehicles, tents, and makeshift shelters grew from 99 to 135 in the last two years, an increase of 36%. The number of homeless sleeping downtown went from 214 to 246, an increase of 14%. Meanwhile, the shelters housed 83 less individuals, the hospitals served 13 less, and 11 less were in jail. 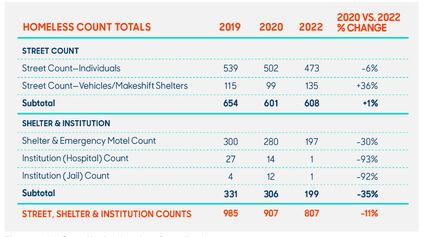 Graph from the staff report for the Santa Monica City Council

According to the staff report to the SM City Council, the homeless count was conducted between 11 pm and 3 am, sending staff and volunteers into "every street, alley, and park." If nobody went into the public parking garages, then a significant number of homeless living in those areas would not have been counted. Homeless use the stairways, the elevators, and the dumpster rooms as their residences.