Vote of No Confidence in Santa Monica Mayor Sue Himmelrich

Residents fed up with Himmelrich, an attorney who has spent 7.5 years on Council, including 1.5 years as Mayor 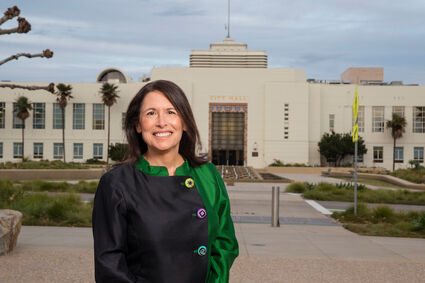 A Change.org petition seeks to express a public vote of no confidence in the Mayor:

"The undersigned members of the Santa Monica community support a vote of no confidence in Mayor Sue Himmelrich for the following reasons:

1. Complete disconnect from and denial of residents' needs, most importantly public safety. Disregarded results of every City-sponsored survey regarding crime, police presence, Parking Garage 3, and more.

2. Continued failure to lead on addressing the homeless crisis. Prevented discussion opening vacant City-owned property at 14th Street and Colorado for use as an emergency homeless shelter, while allowing 6 new dog parks. Prevented discussion regarding wrongdoings at the City homeless services provider The People Concern. When the issue was raised at Council, she cut off Councilmembers from speaking. Attempting to sabotage, suspend, and rumored plans to ultimately dismantle the Housing Commission amid raging housing affordability and homelessness crises.

3. Multiple ethical transgressions: appearance of nepotism, reported trading of Council votes, pursuing personal agendas and vendettas, e.g. sudden intent to suspend Housing Commission meetings after her husband became ineligible to serve on it, and reported plan to dismantle the Commission altogether. Intimidation of others while in public office and leader of the Santa Monica City Council.*

4. Unprofessional conduct as the Presiding Officer of City Council meetings: violating the Brown Act and Parliamentary Rules, which results in highly dysfunctional, chaotic, and opaque Council meetings. Bullying, patronizing, and cutting off Councilmembers during discussion if she disagrees with them, and chastising, patronizing, and even calling a public speaker a disparaging name when she disagrees with them. Failing to intervene when the City Clerk does not call for public input as required.

5. Using her position as Mayor to promote a misleading proposed tax ballot measure in violation of ethics policies, paying for the proposed measure with her own private funds, and misrepresenting many aspects of the Initiative Petition to the public.**