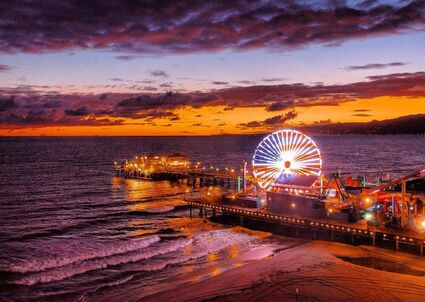 Pacific Park on the Santa Monica Pier's Ferris wheel will feature a high-flying 130-feet tall, animated waving American flag throughout Memorial Day weekend in special salute to military personnel who died in service. The patriotic light program will also have brilliant colors and patterns in red, white and blue.

Memorial Day is celebrated on the last Monday each May in the United States as an opportunity to honor and mourn the military personnel who have died in the performance of their military duties while serving in the United States Armed Forces. Originally known as Decoration Day, it originated in the years following the Civil War and became an official federal holiday in 1971. Many Americans observe Memorial Day by visiting cemeteries or memorials, holding family gatherings and participating in parades. Unofficially, it marks the beginning of the summer season. 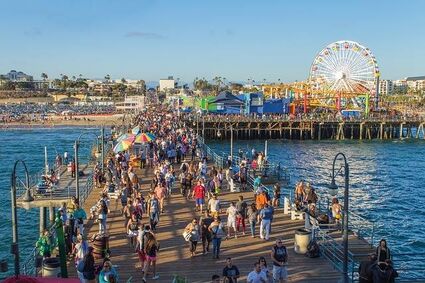