Study of Google search data for 'divorce lawyers' during the pandemic. In #1 place (relative to population size) was NJ; In #50 place was Alaska. 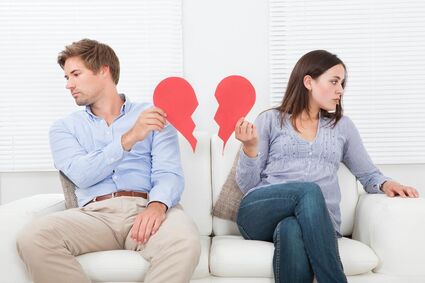 When divorce courts began to reopen in the summer of 2021, a divorce lawyer reported working 16-hour days just to cope with inquiries from Americans who wanted out from their marriages. And business didn't let up throughout the year, even over the Christmas period, which is usually a more sedate time when it comes to divorces, as couples want to avoid tension among their families during the celebrations. Divorce inquiries were reported to be 45% higher than pre-pandemic levels.

The study also broke down these searches across states, which were weighted by population. The state in #1 place with the highest number of searches for 'divorce lawyers' relative to population size was New Jersey, with 238,560 online enquiries – around 3.4% when compared against a population of 6,919,226.

Couples in California were comparatively among the happiest during lockdown, as they placed in 35th position nationally. People here made 544,800 online divorce inquiries, representing just 1.8% of the adult population.

In last place – position #50 – with the fewest number of enquiries was Alaska, with just 5,040 online searches for 'divorce lawyers' during the pandemic. It seems many couples here possibly enjoyed their time in lockdown together...

While some studies have observed that divorces in some states actually fell during the pandemic, what is clear is that the pandemic has been a source for disputes among separating couples that simply didn't exist prior to 2020.

The lockdowns enforced as a result of the pandemic appeared to have led to a flood of divorce inquiries from unhappy couples across the country. Indeed, Kris Lippi from ISoldMyHouse.com reported that inquiries for 1-bedroom rentals increased 37% since March 2020. Lockdowns were undoubtedly a contributing factor to this trend – perhaps some marriages had been hanging on by a mere thread before the pandemic, therefore, being forced to face these issues during lockdown may have been breaking point for many.

Furthermore, Lauren Cook-McKay from DivorceAnswers.com observed that "spending more time together, having more time in general and having limited opportunities to leave the house may have resulted in some discovering their partner's hidden traits, such as extra-marital affairs or dishonest behavior." Another less reported reason is that the financial turmoil caused by the pandemic meant that getting divorced made more financial sense – that is, if the bread-winning spouse lost their job, the subsequent loss of income would mean a lower settlement.

One recently separated woman (33), who did not wish to be named, said lockdowns clarified what she'd sensed previously – that she felt trapped and wanted her freedom back. In pre-pandemic times, the couple were always in motion, spending nights together but otherwise living separate and busy lives. Then when they were forced to work at home together, she was confronted with a more insular world.

One particular flashpoint among couples during the pandemic was differences in points of view on how their children's lives were affected. Ms Cook-McKay says, "While many couples have opposing views on the issue of vaccinations, the solution was relatively straight forward – one partner would get vaccinated and the other would choose not to. But we witnessed countless examples of heated exchanges between couples when it came to their children's welfare regarding Covid, such as whether they should also be vaccinated or should go maskless in public."

Another source of conflict over the pandemic was when the parents had already separated and were living in different locations. Even prior to the pandemic, it was difficult in enough for parents to share time with their children, as they struggled between their jobs and embarking on their new lives apart. But Covid certainly complicated timesharing, continues Cook-McKay: "We saw many examples of one partner becoming incredibly frustrated with the other, who used the coronavirus as an excuse not to hand over their children for their allotted time. In many cases it led to suspicions and accusations of broken agreements." 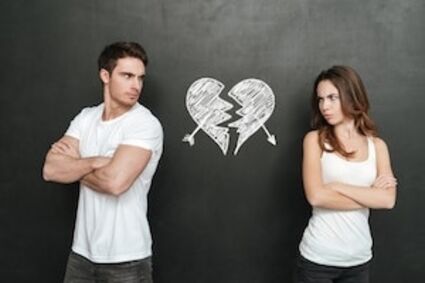 The issue of vaccinations also caused fault lines in many relationships. The numbers of couples seeking divorces solely due to differences in their opinions on vaccinations and the very existence of Covid itself was extremely low, however, Lauren Cook-McKay does think that "enforced social distancing by the authorities meant that many arguing couples were unable to air their grievances with family or friends, allowing these negative thoughts to compound and reach a point of no return."

The pandemic undoubtedly put strains on couples' relationships (according to the Institute of Family Studies, 34% of married people reported the pandemic had stressed their relationship). However, while lockdowns and social isolation prompted many to separate and seek a divorce, marriage counselors have identified that for many couples, their relationships actually strengthened. "A crisis, of any nature, can actually be a real boost to a couple's relationship, should they get through it," says one marriage counselor.