A Beverly Hills man was sentenced to five years behind bars this week for trying to hire a "hit man" to kill a woman he briefly dated in 2020. 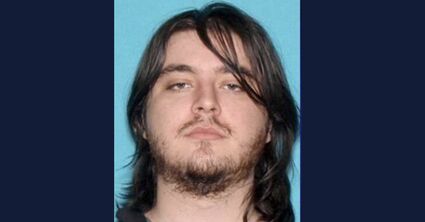 In June, Scott Berkett, 25, pleaded guilty to a single count of using interstate facilities to commit murder-for-hire, which carries a prison sentence of up to 10 years. However, prosecutors agreed to seek a penalty of no more than five years, according to the plea agreement filed in Los Angeles federal court.

Federal prosecutors said Berkett met the victim online, and she flew to Los Angeles to meet him in late October 2020. Identified in court papers by the initials R.E., the woman described Berkett as "sexually aggressive," and she tried repeatedly to break off the relationship following the trip, court papers show.

Months later, a relative of the woman learned that Berkett was still contacting her and reached out to the defendant's father via text. Berkett responded by saying "consider this matter closed."

However, Berkett paid $13,000 in Bitcoin to a shadowy internet group to arrange the hit and an additional $1,000 to the supposed killer, according to court papers. The website turned out to be a scam of sorts, and its operators provided the defendant's communications and other information to law enforcement agencies.

The supposed hit man was, in fact, an undercover agent.

Federal prosecutors said Berkett submitted a work order to the dark web group, saying he'd like the murder "to look like an accident, but robbery gone wrong may work better."

The undercover agent, posing as a hit man, made contact with Berkett in May 2021 and sent a photo of R.E., which Berkett confirmed was the intended victim. During discussions with the purported killer, Berkett demanded a proof-of-death photo that would show the corpse, prosecutors said.