Astonishing story of the arrest of Xi Jin Ping makes the rounds in People's Republic of China and online. Not everyone is convinced that it's true. 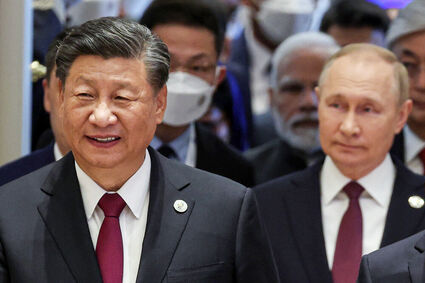 Update: In October 2022, Xi Jinping secured a third term as CCP General Secretary, the second leader of the CCP to do so (the other being Mao). Which of course means that the rumor of a coup was probably just that--a rumor.

Update 9.26.22: Gordon Chang is an American China expert critical of the CCP. He tweeted: "A theory I just heard: #XiJinping forced the grounding of planes and the cancellation of rail and bus traffic last Wednesday as a warning to his enemies. Of course, the opposite could be true as well, that the travel disruptions were a warning to Xi. #China #CCP #ChinaCoup."

"Song took control of the Central Guard Bureau that night. Jiang Zeng and the members of the Central Committee in Beijing were informed on a conference call. The original Standing Committee members removed Xi's military power by a show of hands. When Xi found out, he returned to Beijing on the evening of Sept. 16th. Xi was arrested at the airport."

"Xi is now under house arrest at Zhongnanhai's home. The change in leadership will be announced at the Seventh Plenary Session of the 19th Central Committee. Unable to verify. New Highland News Agency."

The military is visible on the streets of Beijing, assuring order as they do about once a decade, when there is a change of power in the CCP. "Power flows from the barrel of a gun," as CCP Chairman Mao wrote.

Why isn't the mainstream American media reporting this yet? Because there has been no official announcement from the PRC or the CCP. They don't want their access cutoff for jumping the gun and reporting a still unverified story. No one outside twenty or so men inside the CCP know the truth. Newsweek has finally picked up this story. https://www.newsweek.com/li-qiaoming-general-center-china-coup-rumors-social-media-1746041

Is it possible the story is false? Yes. But the author knows a lot of details. And it resembles how Nikita Khrushchev was removed from power in the USSR in 1964, which had a similar system. I could be wrong, and Xi might still talk his way out of it, even if it is all true. But it's looking like China has new leadership.

9.23.22 Multiple reports say that the lead up to the CCP Congress did not go well for Xi Jinping. Rumor has it that he is under arrest, as an 80 kilometer long column of armored vehicles moves into position in Hebei province, just West of Beijing. That's a 50 mile line of armored vehicles.

"Something is up in #China. The rumors remind us, once again, that the country is volatile and very few outsiders know what happens in senior #CCP circles. Stay tuned for announcements, news, info, rumors, tidbits, and gossip." @gordonchang, 12:45 pm PST on Friday. Chang later tweeted that "#Coup rumors in #China are probably false, but something is happening."

"This video of military vehicles moving to #Beijing comes immediately after the grounding of 59% of the flights in the country and the jailings of senior officials. There's a lot of smoke, which means there is a fire somewhere inside the #CCP. #China is unstable." tweeted Gordon Chang at 7 pm PST.

Chang retweeted Theresa Fallon, a US professor of Central Asian studies: "Rumors are swirling across the internet of a military coup in China and that Xi Jinping is under arrest after CCP seniors removed him as head of the PLA. Is the massive cancellation of flights in China just a military exercise, or is there something more to it?" @theresaafallon.

Here is a tweet from an ordinarily reliable reporter, Jennifer Zeng 曾錚@jenniferatntd: "#PLA military vehicles heading to #Beijing on Sep 22. Starting from Huanlai County near Beijing & ending in Zhangjiakou City, Hebei Province, entire procession as long as 80 KM. Meanwhile, rumor has it that #XiJinping was under arrest after #CCP seniors removed him as head of PLA."

The rumors have been circulating for about 24 hours. It's interesting that Xi Jinping has not appeared publicly to deny them, as one might expect.

The National Congress of the Chinese Communist Party is taking place in Beijing. President Xi was seeking a third 5 year term as President and head of the PLA. He has not been popular recently, due to Covid lockdowns in cities such as Shanghai.

CCP is the Chinese Communist Party, which has ruled mainland China with an iron fist since 1949. The CCP Party Congress meets every five years to elect new leadership. They are gathered in Beijing this week, and definitely have the authority to remove Xi under the Country's one party system.

PLA stands for "People's Liberation Army," the Chinese army. China has 1,500,000,000 people, easily the world's largest population and more than the population of Europe and the US combined. The world's largest army by number of soldiers, the PLA steps in to "restore order" when stability in the autocracy that is Communist China, seems to be failing. 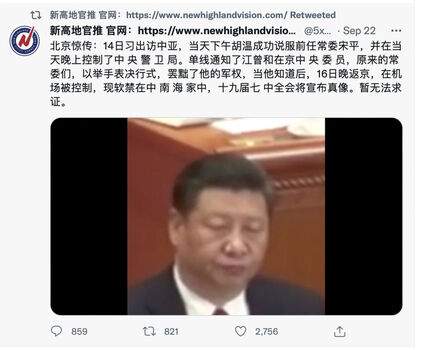 The author has an MA in Russian and East European Studies from Stanford University.