"The police department's crisis negotiation team was called out to the scene to assist . . . ." 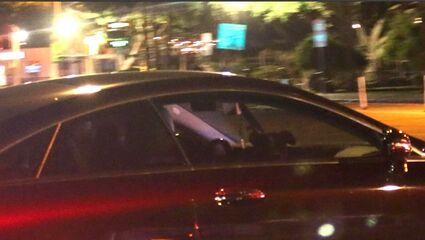 11.10.22: Police pursuits happen almost every day in LA County (OJ's Bronco being the most famous). Tonight, one ended on Ocean Avenue near the Santa Monica Pier, which is unusual. Here's the police press release, from Lt. Rudy Flores, Public Information Officer for the SMPD:

The Santa Monica police department responded to a reported call of a man who aimed a gun at a driver in a black Mercedes.

When officers arrived to the area of the Santa Monica Pier (Colorado and Ocean), they located the driver who was driving slow and attempted to initiate a traffic stop to try and figure out what happened, the driver took off on a slow speed pursuit for the shortest pursuit in Santa Monica. The officer had already called for an airship and backup at this point and they initiated a felony stop on the vehicle. It was later found that the individual was suffering from a mental health issue at the time.

The police department's crisis negotiation team was called out to the scene to assist in trying to get assistance to the individual but they were not cooperating with the officers.

The officers even brought a family member to try and get the suspect to surrender but that did not get him out of the vehicle. The suspect moved slowly throughout the standoff, eventually taking off down Ocean Ave and making a right onto Broadway before going back onto Ocean Avenue towards the direction from which he had just come. 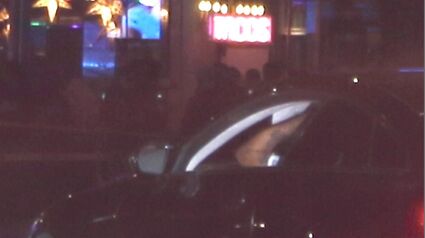 The black sedan eventually went to the Marina Del Rey Sheriff's Station where they talked to deputies to basically turn himself in which at that point deputies contacted Santa Monica Police to see if they wanted to arrest him. It appeared that they did not want to seek charges as the officers did not purse the black sedan after it left the area of the Santa Monica Pier.