First of Two L.A. Rainstorms Moving through Faster than Expected 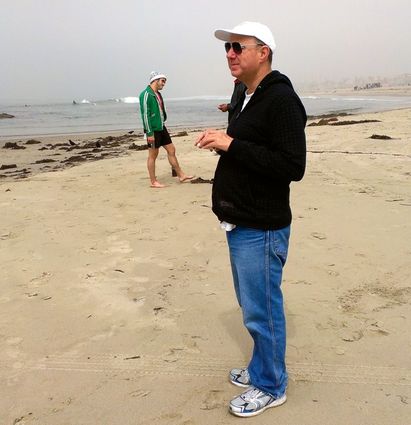 A storm dumping light to moderate rain across Los Angeles County on Thursday is moving faster than expected, which could mean an extended break starting in the afternoon before a more powerful system arrives, forecasters said.

"We're moving good -- system is moving a little quicker than we thought," said Andrew Rorke, a meteorologist with the National Weather Service in Oxnard.

Since rain began falling Wednesday evening, about 1 to 2 inches have dropped on the region's coasts and valleys, with most of L.A. County getting no more than 1 inch, Rorke said.

But then the stronger of two storms is expected to arrive Thursday night, bringing with it the potential for heavy rain through Saturday. That has officials scrambling to protect against potential mudslides and flooding, particularly in areas below hillsides scarred by recent wildfires.

The heavy rain is also expected to bring the usual havoc on the L.A. roadways.

"Enjoy your one last evening commute, because Friday's going to be a disaster," Rorke said. "Storm's going to slam into us Friday morning and last through Saturday evening ... although the peak of the storm will be Friday morning and early afternoon, that's when it will be at its most spectacular."

The National Weather Service also plans to issue a flash flood watch Thursday morning for recent burn areas, especially in the foothills of the San Gabriel Mountains, where communities and homes are threatened by the potential for strong mudslides and debris flow after the Colby fire denuded hills of dirt- and rock-holding vegetation.

Road closures are also planned in many mountain areas, including Glendora Ridge Road and Mount Baldy Road to Glendora Mountain Road in the Angeles National Forest, because of the potential for debris flows.

Rocks and debris moved in Malibu canyon during the first storm. No injuries have been reported in that slide.

Meanwhile, in cities like Azusa and Glendora, calls for voluntary evacuations have been issued for many residences in or near recent burn areas. Glendora authorities have distributed tens of thousands of sandbags. City officials are also installing K-rail concrete barriers in strategic locations to direct debris flows away from homes.

Other foothill-area cities, such as Pasadena, Glendale and Burbank, are also offering free sandbags to residents.

Los Angeles County sheriff's officials also warned of the potential for mudslides in the Green Valley-Elizabeth Lake areas, saying they were on a "heightened state of alert."

Rain totals accumulated between 5 a.m. Wednesday and 5 a.m. Thursday were as follows, given in inches:

In L.A. County, the most rain appeared to fall on Monte Nido, an unincorporated community near Calabasas, with 1.7 inches.