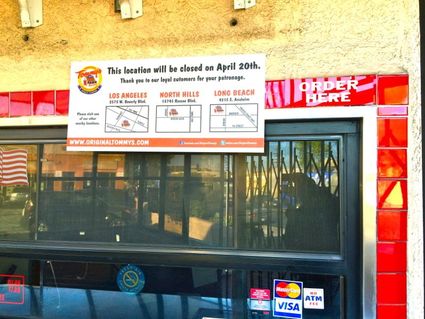 Tommy's burgers smothered in Chili were well, unique. But it could not compete with a national chain like Starbucks when it came to the rent said Brent Maire, the general manager of the local, family-owned chain.

The building is on the edge of a strip mall parking lot at the corner of Pico and Lincoln. It features a wall mural painted by Beautify Lincoln. (See page 8). Maire hopes to find another location in Santa Monica for Tommy's. In closing, Tommy's follows Norms and Denny's as gentrification of Lincoln Blvd proceeds apace. 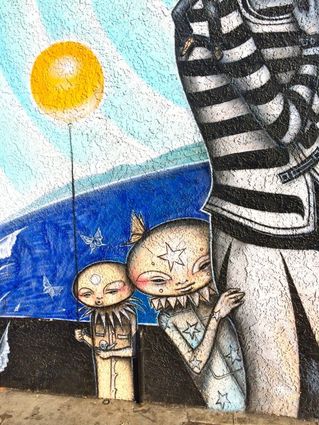 Closeup of wall mural on the side of Tommy's Original World Famous Hamburgers.