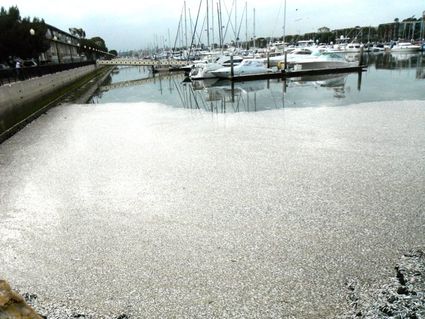 The fish kill in Marina Del Rey on May 18 was likely caused by the lack oxygen in the water and is nothing too unusual according to Wildlife officials. 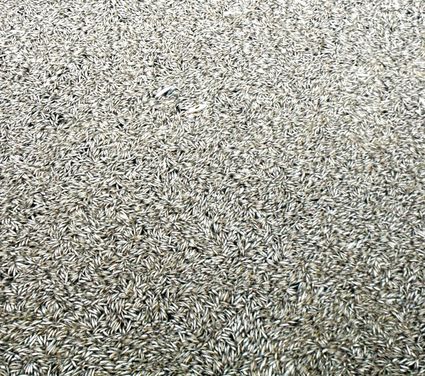 "A large anchovy school traveling outside the surf may have sought cover from a predator species. Once in the harbor, the fish school became trapped, and subsequently depleted all of the available oxygen in the water, " said Janice Mackey with California Department of Fish and Wildlife in a statement.

Parts of A basin between Bora Bora and Thaiti Way were covered in a silver blanket of dead anchovies and dead stingrays and sand sharks were found on the rocks at the end of the basin.

While the sight and the smell were disturbing to many residents wildlife such as pelicans seagulls and seals feasted on the dead fish.

The Marina in A basin has hired Patriot Environmental Services to help with the clean up and fight the smell. "We are pumping oxygenated water into the area where the de-oxygenated water is," an employee said.

Over 300 bags of fish weighing 45 pounds each were recovered by Los Angeles County Beaches and Harbors.