Congratulations, Warriors: What About Next Year? 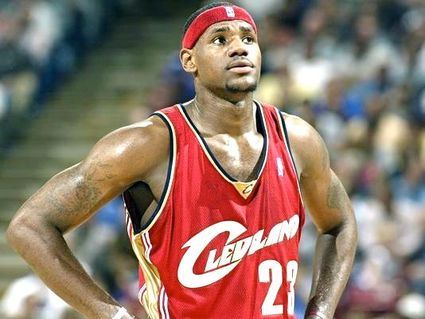 Okay, this season is over. The Golden State Warriors are champions – well deserved because they had the best regular season record with 67 wins and then proved in the playoffs they're for real.

Now let's think about next season.

Many teams who fell short will try to improve their rosters with trades, free agent signings and the upcoming draft.

The first example came Tuesday when the Clippers made a trade that brought in Lance Stephenson, an outstanding defensive player.

Most trades are a give and take proposition. It seems to me this one is no exception.

The Clippers' motive most likely was to rid themselves of Spencer Hawes' contract which had three more years. He was far from productive and the Clippers needed a team that would accept him.

Charlotte wasn't thrilled with Stephenson, who was sent away by Indiana and then had difficulty with Charlotte coach Steve Clifford early in the just-completed season. He was being shopped and the Clippers considered trading for him then.

They held off and Stephenson remained with the Hornets all season.

I imagine the recent negotiations were something like this. We'll take Hawes' contract but you have to take Stephenson and also give us a player to replace him. Then they agreed on Matt Barnes.

Coach Doc Rivers says Stephenson is the best player in the trade. I don't think Barnes will appreciate that quote.

Barnes helped the Clippers a lot. He's a strong defensive player too and in the Clippers' highly productive offense he and J.J. Redic stationed themselves for three=point shots from the corner. Barnes frequently made that shot.

I don't think Stephenson shoots as well. But with the money the Clippers are saving by trading Hawes they'll probably acquire a good-shooting small forward . They're interested in Paul Pierce, among others.

Rivers visions Stephenson as a reserve who'll play multiple positions. Had Barnes stayed he probably would have been moved to the second unit too.

Rivers says the Clippers will be bringing in other players to improve their reserve corps. That's wise.

As for Cleveland, I hope they learned a lesson from their loss in the NBA Finals. Although LeBron James is great he needs help to win a championship.

If the Cavaliers thought James could win a championship without considerable help they were wrong.

If they thought they could get by without keeping Kevin Love they were wrong. And I think he'd be foolish to opt out of his contract rather than trying again in Cleveland next season.

Now we'll see where the free agents land. I'm especially anxious to hear where LaMarcus Aldridge ends up. He's a key player on a Portland team that's very much like the Clippers, plenty good but not quite good enough.

For about a year they've dangled a five-year contract to Aldridge for the maximum allowed under league rules but he hasn't signed. Apparently he wants to see who else will want him even though the most any other team could offer is a four-year deal.

Then there's Mark Gasol. Does he stay with Memphis or listen to other teams. San Antonio is rumored to be interested.