at the Los Angeles County Airshow 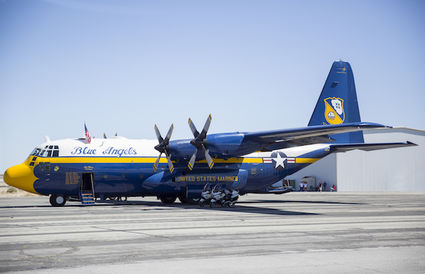 The Blue Angels' C-130T Hercules, a.k.a. the "Fat Albert", waits on the airfield in advance of its Los Angeles County Airshow takeoff 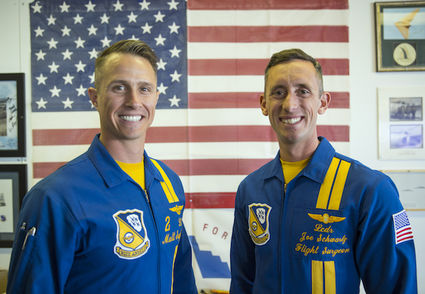 The biggest draw was, of course, the Blue Angels, who are world renowned for flying their planes, F/A-18C and F/A-18D Hornets, in death defying formations, and the "Fat Albert," the Blue Angels' tactical airlift aircraft which uses rockets to boost a dramatic takeoff at a 45 degree angle.

The Blue Angels were created by the U.S. Navy on April 24, 1946, as an aerobatic flight demonstration team whose charge was to showcase the pride and professionalism of the United States Navy (and later Marine Corps), and to inspire a culture of excellence and service to the country through flight demonstrations and community outreach.

To that end, Blue Angel pilots, who train all year long, put on more than seventy shows worldwide each year and, in their off time, visit schools and hospitals. In an average year, more than eleven million people attend Blue Angel demonstrations, many at air shows like that