Wind Knocks Down Power in 200 Block of 21st Street 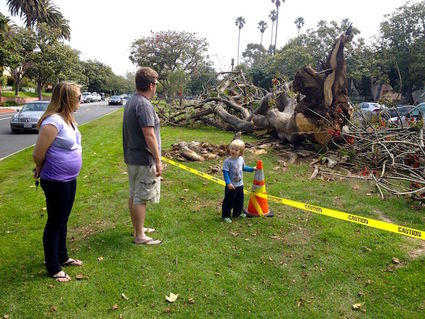 Boy plays with Uprooted tree from another windy day

Power lines are down in the 200 block of 21st Street, the SMFD reported Monday afternoon.

The lines were reported down at 4:30 p.m. The Department advised residents to avoid the area, given that downed power lines are inherently dangerous.

Southern California Edison reported no service disruptions in the area, said SCE Spokesman Susan Cox. While traffic delays are possible in the area, due to hazards, Cox said there is no threat to public safety.

Cox confirmed that SCE Linemen were working to resolve the situation and repair the lines.