ASSOL Law School a No Go 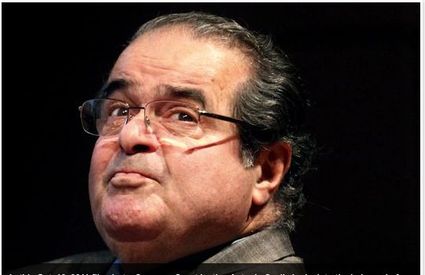 In this Oct. 18, 2011 file photo, Supreme Court justice Antonin Scalia looks into the balcony before addressing the Chicago-Kent College Law justice in Chicago.

The school first announced it would change the name to The Antonin Scalia School of Law, or ASSoL, after receiving an anonymous $30 million donation on March 31.

Observers took to Twitter to comment on the acronym's similarity to a vulgarity, with many of those tweeting not a fan of the conservative justice.

The school acknowledged the issue in a letter to its students and alumni, writing, "The name initially announced -- The Antonin Scalia School of Law -- has caused some acronym controversy on social media. The Antonin Scalia Law School is a logical substitute."

The school's name change will go into effect July 1, pending final approval by the State Council of Higher Education for Virginia.

Update: Perhaps not surprisingly, the school quickly revised it. In an April 5 announcement, it said it's been changed to The Antonin Scalia Law School.

The now completely-safe-for-work name (at least, for now) should be in effect July 1.

RIP #ASSLaw, it was fun while it lasted.