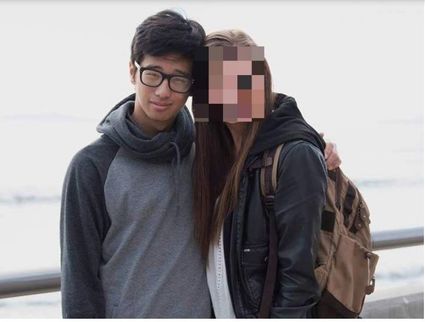 Bernard Moon, 18, with a friend

Police identified the boy as Bernard Moon, 18, and described the device as a "propane filled model rocket attached to a skateboard."

The propane propelled rocket appears to have gone off in Moon's hands, said Ventura County Fire Department Captain Mike Lindbery. When the rocket didn't ignite as planned, Moon went to investigate and the device exploded in his hands.

The incident happened shortly after 7:40 p.m. on the handball court at the elementary school off Lynn Road. The pair had evidently climbed the fence to use the school's field as a launching site. 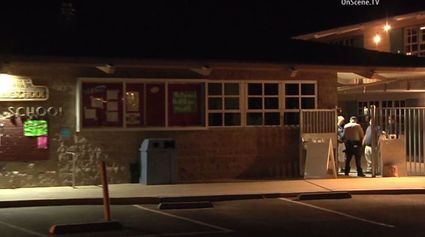 Both victims were transported to Los Robles Hospital where one was pronounced dead a short while later. The other injured student, conscious at the scene, is expected to survive. He is 17 and reportedly a close friend of Moon's. His name has not yet been released.

20 parents and children attending a girl scout meeting at Madrona report that they clearly heard the explosion.

One of the moms, Kate Elias and another Girl Scout parent, both nurses, rushed to the scene to try and render first aid, while a school janitor placed the call to 911.

"We started doing CPR as soon as we heard the sirens . . . there was a little bit of a pulse. ... She was holding his neck. She didn't want to let go of his neck because he was bleeding so bad," Elias told the Thousand Oaks Acorn.

Parents were informed by rob call that Madrona Elementary School would be close on Tuesday, and that parents should not bring their children to classes.