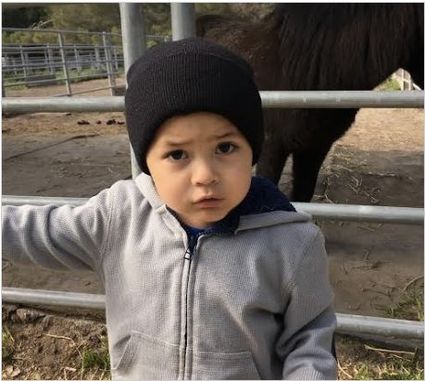 The California Highway Patrol found a kidnapped 2-year-old boy who was the subject of a statewide Amber Alert, in a Monterey County barn. A thief had stolen the car with the boy in the back seat. The car was found abandoned, and no suspects were apprehended.

A 911 caller reported seeing the Honda in a barn on River Road south of Salinas, said CHP spokesman Officer Oscar Loza. Monterey County sheriff's deputies responded to the scene, where the caller led them to the car and found the boy, Loza said. An ambulance crew was called to the scene to check on Jacob, Loza said. The boy suffers from asthma and was due to medication at 4 p.m.

Jacob Jesus Vargas was left in a car parked in the 100 block of Head Street around 7 a.m., Soledad police Chief Eric Sills told Bay City News. The boy's father left his son alone in a Honda, while its engine warmed up in his driveway. When the father went back outside, he couldn't find his car or son and called notified police.

Vargas, who is Hispanic, has brown hair and eyes. His height and weight have not been released. The boy was wearing a blue sweater over a white shirt with a yellow stripe and gray sleeves. He also had on blue jeans, with a beige beanie, according to the CHP.