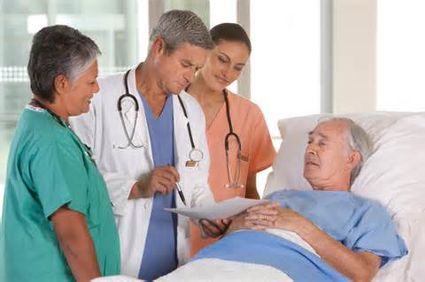 Healthcare is the responsibility of doctors, nurses and patients.

If statistics are any guide, the war against chronic disease is going particularly poorly for men. For 9 of the 10 deadliest diseases, American men die at higher rates than women. Over 300,000 men will drop dead this year from heart disease alone.

Below, Men's Health Network vice president Ana Fadich warns that, rather than save billions of dollars, lawmaker meddling would stifle future drug research and limit patient access to existing medicines.

If statistics are any guide, the war against chronic disease is going particularly poorly for men.

For 9 of the 10 deadliest diseases, American men die at higher rates than women. Half of all men will develop some form of cancer in their lifetimes. Over 300,000 men will drop dead this year from heart disease alone.

Obviously men are in trouble and need researchers to develop new and better treatments. Of course, patients will only benefit from such treatments if they can access them.

That's why proposed changes to Medicare's prescription drug benefit are so worrying. Supporters of these changes claim that they'll save the federal government billions of dollars. In reality, the measures could undermine research efforts and deprive millions of seniors the medicines they need to stay healthy and may result in fewer medicines being offered to seniors.

Medicare's "Part D" drug benefit is a successful and popular program. Premiums are affordable, at a national average of about $32 a month, and they are expected to remain low. About 9 in 10 beneficiaries are satisfied with their coverage, which is provided through private insurance companies and subsidized by the government.

Despite the fact that Part D has cost 45 percent less than expected, some in Washington think the program needs to be changed. Their concerns center on the price negotiations between private insurers and drug companies. Part D has been so cost effective in large part because insurers have a financial incentive to bargain hard and squeeze big discounts -- up to 30 percent -- out of drug companies in exchange for covering a medicine.

Part D critics think government negotiators could drive a harder bargain and secure even lower prices. However, the Congressional Budget Office has studied the issue and concluded that government negotiators wouldn't save any money -- unless they deploy the nuclear option of simply refusing to cover newer, higher-cost medicines.

Such a move would prove disastrous for patients. By imposing artificially low prices on drug companies, the government could stifle research and development. The average new drug costs some $2.6 billion to develop and bring to market, according to a Tufts University study. If Medicare pays artificially low prices, it could render much future drug research financially unviable.

What's more, if the government pushes prices below what the market can bear, patients could lose access to some existing drugs. The Congressional Budget Office explains that the only way the government could "achieve any significant savings" would be "to impose access or coverage restrictions on medicines."

That, of course, means Part D beneficiaries might not get the medicines they need. Breakthrough drugs tend to be the most expensive, so they are the ones most likely to be restricted. 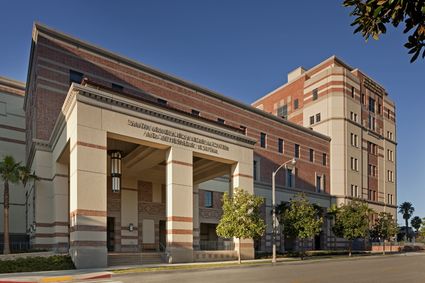 Access limitations are a hardship that participants in the Veterans Affairs prescription drug program -- which operates under a government negotiated-price regime -- know too well. The VA drug benefit covers only 163 of the top 200 most-prescribed Part D drugs. Medicare prescription drug plans, on the other hand, cover 191 of those drugs on average.

Using the power of government to drive down drug prices might seem like a worthy initiative. But it won't work as promised and will in fact hurt those who most need innovative therapies.

Millions of Americans are battling for their lives against chronic diseases, and men are particularly vulnerable. Victory in this fight requires better treatments. Those will never arrive if lawmakers meddle with Medicare Part D.