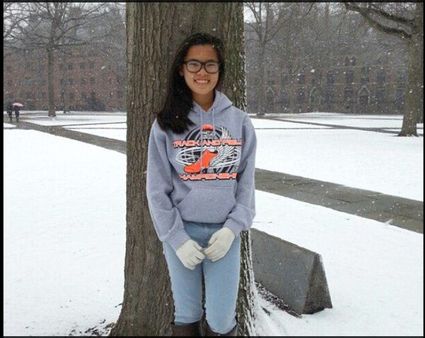 Tragedy: Thuy Tran, 17, was cleaning Santa Monica Beach on Saturday when she was engulfed by an ocean wave and drowned. Tran was a track star as well as potential valedictorian of her school.

Update: Alix Hobbs, the President of Heal the Bay, called me to say that Thuy Tran's death, while tragic, was not connected to Heal the Bay, as she was not participating in their beach clean up event. For this reason, they have no more information on the circumstances of this tragedy. She said that Heal the Bay has procedures in place to train volunteers about beach safety. Nevertheless, she said, it's impossible to watch everyone at every moment, or to prevent people from swimming or engaging in other activities, after a clean up.

To honor Earth Month, local environmental group Heal the Bay hosts a Saturday full of eco- and family-friendly activities on the shoreline, including a designer sandcastle competition, massive beach cleanup and free admission to Heal the Bay's Santa Monica Pier Aquarium for those who volunteer. -- April16, 206 from Heal the Bay.

On March 27, 2016, 17-year-old track star and valedictorian candidate drowned while volunteering at a beach cleanup in Southern California. Thuy Tran, a student at Francisco Bravo Medical Magnet High School in Los Angeles, was swept away by a wave at Santa Monica Beach. It was a Saturday, the water was full of people, but they didn't find her for an hour or so.

According to KTLA, she was in the water with a number of other young people at the time, possibly swimming in an inshore hole, which is a trench in the sand close to shore. Lifeguards helping other people out of the water weren't aware initially that she was missing, that she was submerged. Meaning her friends didn't tell anyone.

When Thuy was finally found, authorities rushed her to the hospital and put her on life support. She never regained consciousness and died two days later, the LA coroner's office confirmed on April 5, 2016.

Covering this tragedy has been frustrating for local journalists. Authorities have released information only with great reluctance, not even releasing the victims gender for days after she was hospitalized. No one is talking about it, about what went wrong. Which is strange, since certainly no one wants to repeat it. 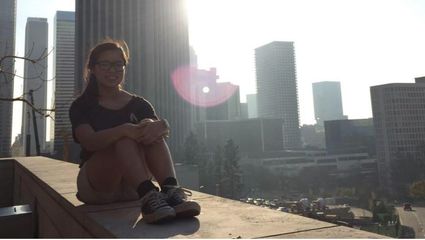 "We too were devastated to hear of Thuy Tran's death," says Nick Colin, Heal the Bay Communications Manager, in response to an e mail from The Observer. "To provide some context, before every beach cleanup, all participants receive a detailed safety orientation delivered by a trained Beach Captain, who advises participants to keep out of the water, stay off of rocks and pilings, and never turn their back on the ocean."

"This protocol," Colin continued, "has been in place for as long as we've hosted cleanups, but we are redoubling our efforts to emphasize these basic safety tenets to all volunteers. In addition, we are working on developing a swimmer safety program to coincide with the opening of the new Expo Line next month."

I realize that Tran's death will result inevitably in litigation, which explains why no one in a position of authority wants to talk about it. But it would be nice to know how the girl actually ended up in the water, before we send our sons and daughters to today's Heal the Bay beach cleanup. This is how we prevent future tragedies, by discussing past accidents.

It sounds like they’re trying to emphasize safety education, based on the swimming program they say they intend to start. It’s true you sign a sheet of paper that releases Heal the Bay from blame if you DIE. That is the word used. You sign it. It’s certainly tragic that someone trying to help was buried by the forces of the sea while the person who littered in the first place probably sat eating bonbons and watching House on their couch.

It’s always difficult to have events where volunteers are working on potentially dangerous projects or under dangerous circumstances. I think the best thing to add to the efforts they are already making is to require that one experienced volunteer or Heal the Bay insider accompany every group to give advice on data collection, safe object handling, and general best practices. Maybe someone must serve as a lookout if you are collecting in range of the tide.