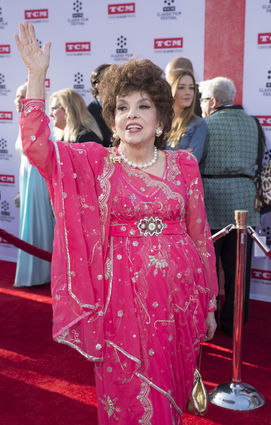 Actress Gina Lollobrigida, who was one of the highest profile European actresses and an international sex symbol in the 1950s and 1960s, made a rare public appearance on the red carpet at the TCM Classic Film Festival.

There were also a number of unique festival events, such as a poolside screening of the 1925 silent film "The Freshman" with a live rescore from DJ Thomas Golubic, a screening of the 1928 silent film "The Passion of Joan of Arc", accompanied by a live orchestra and vocalists performing Richard Einhorn's oratorio "Voices of Light", and a screening of the 1960 film "Holiday in Spain AKA Scent of Mystery" in full "Smell-O-Vision", a process whereby various odors - including roses, wine, pipe smoke and a perfume that are essential to the plot - are pumped into the movie theater. 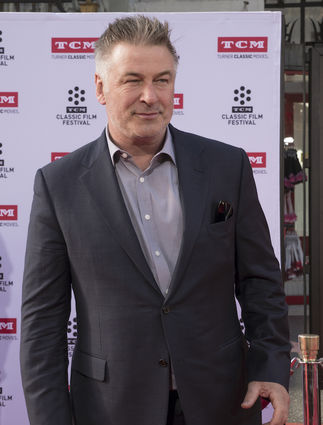 Actor Alec Baldwin, who interviewed Angela Lansbury and Elliott Gould at the TCM Classic Film Festival, poses for photos on the red carpet.

The theme of this year's festival was "Moving Pictures". Each movie screened was chosen to move the viewer to action, touch him/her emotionally, or elevate him/her to a higher plane. While many of these movies are available on DVD/Blu-Ray, the TCM Classic Film Festival provided viewers with the opportunity to experience classic films on the big screen, often with a digital restoration, thereby providing viewers with a unique viewing experience that cannot be replicated at home.

Film festivals have become progressively more popular over the past several years and the 2016 TCM Classic Film Festival was no exception. Festival passes ranging from $299 to $1649 were completely sold out, and viewers hoping to purchase standby tickets to the more popular screenings were often unable to get in. TCM Classic Film Festival's increase in popularity has lead to a greater diversity of film screenings, bigger celebrities, and an increased public interest in classic movies. Additionally, the festival provided viewers an opportunity to dress in the style of clothing worn by their favorite classic movie stars and to pay homage to the golden age of filmmaking.