Report removed from HuffPo over the Weekend; Clinton Foundation "Racketeering." 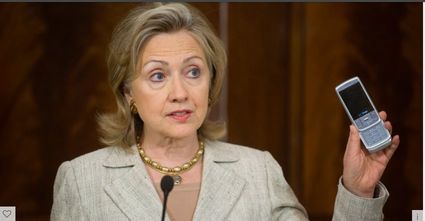 Update, 6/9/2016: President Obama today whole heartedly endorsed Hillary Clinton for President. This seems to create a conflict of interest for the Dept. of Justice, which has announced publicly that they are investigating her for violations of several statutes. It seems to require the appointment of an independent counsel prosecutor under statutes enacted in response to Nixon's transgressions. Stay tuned.

Frank Hugenard is a political scientist, public speaker and freelance contributor to the Huffington Post. He had his story removed by HuffPo editors and his account disabled without explanation. His article bore the title: ""Hillary Clinton to be Indicted On Federal Racketeering Charges" It quickly went viral before being removed.

FBI Director James Comey will present a recommendation to Loretta Lynch, Attorney General and head of the U.S. Department of Justice, that includes a compelling argument that the Clinton Foundation is an ongoing criminal enterprise engaged in money laundering and soliciting bribes in exchange for political, policy and legislative favors to individuals, corporations and even governments both foreign and domestic.

Huguenard, a Bernie Sanders supporter, says that he has sources within the FBI. They say the Bureau will recommend that the DOJ file Racketeering charges against Mrs. Clinton.

The Racketeer Influenced and Corrupt Organizations Act (RICO) is a United States Federal Law passed in 1970 that was designed to provide a tool for law enforcement agencies to fight organized crime. RICO allows prosecution and punishment for alleged racketeering activity that has been executed as part of an ongoing criminal enterprise.

Attorneys regard the RICO statute as unduly broad, and in the past it has been used to indict even legitimate businessmen for legitimate activities.

Hillary Clinton admits using her own server to send classified e-mails, which was against State Department policy at the time.

Huffington Post Politics senior editor Sam Stein claims to have no idea why the post was removed, and refused to give further comment when contacted by Breitbart News. Stein opined, "Sorry. I don't know. I'd direct your question to a blog editor."

A controversy arose in March 2015, when it was revealed by the State Department's inspector general that Clinton had exclusively used personal email accounts on a non-government, privately maintained server-in lieu of email accounts maintained on federal government servers-when conducting official business during her tenure as Secretary of State. Some experts, officials, members of Congress, and political opponents, contended that her use of private messaging system software and a private server violated State Department protocols and procedures, and federal laws and regulations governing record keeping requirements.

However, the intelligence community's inspector general wrote Congress to say that some of the emails "contained classified State Department information when originated."

In a joint statement released on July 15, 2015, the inspector general of the State Department and the inspector general of the intelligence community said that through their review of the emails, they found information that was classified when sent, remained so as of their inspection, and "never should have been transmitted via an unclassified personal system." They also stated unequivocally that those secrets never should have been stored outside of secure government computer systems. Mrs. Clinton had stated over a period of months that she kept no classified information on the private server that she set up in her house.

Government policy, reiterated in the nondisclosure agreement signed by Clinton as part of gaining her security clearance, is that sensitive information can be considered as classified even if not marked as such.[394] After allegations were raised that some of the emails in question fell into the so-called "born classified" category, an FBI probe was initiated regarding how classified information was handled on the Clinton server. In May 2016, the inspector general of the state department criticized her use of a private email server while she was secretary of state stating that she had not requested permission to use it and even if she had, she would not have been given permission.

The controversy occurred against the backdrop of Clinton's 2016 presidential election campaign and hearings by the House Select Committee on Benghazi.

Perhaps the plan is to quietly indict Mrs. Clinton, have her plead guilty to violation of email regulations, pay a $10,000 fine, and then move on with the presidential race. Bill Clinton was actually impeached for committing perjury in 1998, but simply went on with his presidency. He was disbarred by the Supreme Court, but that didn't really matter either.

Update: 06/07--It seems Hillary Rodham Clinton has wrapped up the Democratic nomination. It's the best possible time for FBI Dir. Comey and the DOJ to indict Mrs. Clinton, without affecting the primary (it's in the past), or the general election (it's as far into the future now, as it's ever going to be). Assuming the DOJ's goal is not to affect America's presidential selection process.

Update: 6/08: Donald Halper from the Weekly Standard, says Donald Trump will deliver a major speech on Monday, in which he will say Secretary of State Clinton turned the State Department into her own private hedge fund. She collected money from the Chinese, the Russians, the Saudis, in the form of donations to the Clinton foundation, which employed her husband former President Bill Clinton. "The Clinton's left the White House broke. The Clinton foundation made them wealthy." 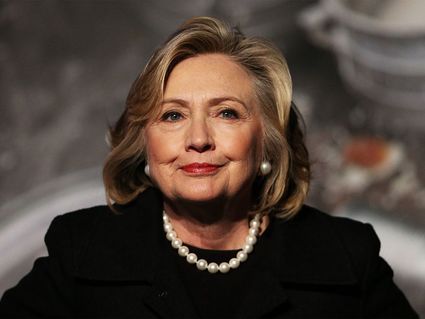 Smug or indicted? You decide

He says he doesn't know whether any government agency has investigated this, but that it probably constitutes a violation of American law.

No Defeat, No Surrender for Bernie Sanders. http://www.smobserved.com/story/2016/06/08/news/no-surrender-sanders-vows-to-continue-campaign-will-not-drop-out-wont-concede-nomination/1374.html

Sanders is no fool. He has the best of two worlds now: 1. Either Clinton is indicted which would probably be cause for him to move into the Dem. candidate for Pres. or 2. He can use tremendous leverage to get a lot of his programs committed in exchange for not opposing her bid for the Presidency. I presume that was Clinton's deal to head the State Department when she stepped aside for Oblama.

If Hillary is not indicted then the FBI needs to be added to the list of untrustworthy in my opinion. It is so disgusting the Above-the-Law-Clintons get to do what they want and get away with it along with many other political hacks. We need to vote them all out of office. I truly hope people won't be as stupid to vote for the first possible woman president (just so they can say they did). Look what that got us...voting for the first black president. WORST EVER!

There is no need to ask Freud to analyze the candidates! A quick look at the slogan of Hillary Rodham (Clinton): Fighting For Us indicates that we should be expecting a second Dilma Rousseff: men vs. women, ... Talking about peace and making bridges, while Fighting! Study the policies of Dilma Rousseff to prevent a similar shame to the US. That we need female presidents is self-evident, since women bring different views that are hard for men (and conversely). She is not the Washington, though.

Our current so called democracy is out of the pages of a George Orwell novel & the pigs are trying to stay in control. Clinton & CNN etc are trying to dictate her nomination even though the decision is not until the DNC convention. Hillary will be going to jail very soon if we have any semblance of justice left. The 4th Amendment of our Constitution was put there by the Founding Fathers for us to defend ourselves against our government.

Wait for it, Hillary R. Clinton is going down. If that was anyone else but her they would already be in jail. Her time is coming.

Sanders, and his supporters want to win at any cost. Sanders, want to force the DEMS to give him what he wants. He has never been a team player in D C. Congress will not pass his free items, so the states will not get the chance to vote on his dreams. Sanders, is a bully just like Donald.

If it turns out to be true i wont use the huffingtonpost anymore.

Hillary Clinton is exceedingly likely to have broken RICO statutes. Want proof? http://charlesortel.com/a-deep-dive-into-how-the-clinton-foundation-operates-illegally-and-in-haiti Questions the FBI MUST have answered if they are conducting a thorough, impartial investigation 1-Why was Huma Abedin CONCURRENTLY employed by the State Dept under Clinton and by the Clinton Foundation? 2-Why are these top secret emails concerning X,Y, Z showing up in your Foundation files with large gifts donated?

Interesting how many liberal entities like the Huffington-Puffington Post censor opinions they disagree with. The truth is the first casualty whenever you deal with the Clintons

Anyone that considers Hillary Clinton as a reasonable candidate is simply very poorly informed. It is sad that so many in our country are so poorly informed. I am not taken with any of the candidates, but Hillary is criminal in her actions and has repeatedly told partial truths, misinforming us citizens and placed herself above the laws we must obey. Any woman that thinks Hillary will look out for her needs to look at what she did to Bill's play girls.

If Hillary Clinton in her hubris and arrogance can blithely put us all at risk as Secretary of State, how can any human being think she would keep us safe as President? It's insane to vote for someone who has no regard whatsoever for the lives she was responsible for. She knew she was wrong but did it anyway.

The removed article can be found at www.globalresearch.ca/Breaking: Hillary Clinton to be indicted on Federal Racketeering charges [?]

Agree absolutely, Jarlsbane. She should be indicted. Post this story on Facebook, Twitter, wherever. Maybe the FBI will take action. Petraeus was indicted for less, much less. Fair is fair.

I but hope that a criminal indictment is close. She knowingly jeopardized National Security by her insistence on using unsecured e-mail. She has lied; stalled: deleted thousands of e-mails; &, had her server's hard drive wiped. All involved staff are pleading the 5th, & demanding immunity agreements. Innocent people don't do that. From the moment she stepped upon the public stage, she has operated as if she's above the Law.

“No -- you are part of the United States of America. Whether you agree with a decision or not, we have the rule of law. You have to follow the law.” Hillary Clinton 18 U.S. Code § 2071 - Concealment, removal, or mutilation generally (a) Whoever willfully and unlawfully conceals, removes, mutilates, obliterates, or destroys, or attempts to do so, or, with intent to do so takes and carries away any record, proceeding, map, book, paper, document, or other thing

The article in question was written by neither a journalist nor employee of Huffington post. The article was removed, it contained only conjecture and the wishful thinking of a die hard Bernie Sanders Supporter. It was unsourced. Take 5 minutes to google the author of the piece and you'll find he is a self described expert on spiritual self discovery, 2 films with credits for director, executive producer and the entire cast. Inventor of dischoops, clearly he had no insight into FBI or DOJ