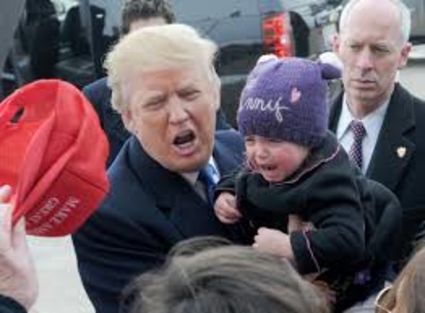 Donald Trump reportedly insulted the fire department, and even made a Colorado Springa baby cry

Donald Trump was trapped in an elevator in Colorado Springs prior to a rally on Friday, multiple new sources reported. He and nine other people including the Secret Service agents we are finally rescued after half an hour. As you might imagine, The Republican presidential candidate emerged from the elevator feisty as hell.

"The firefighters were able to secure the elevator, open the top elevator hatch, lower a ladder into the elevator which allowed all individuals to self-evacuate, including Mr. Trump, onto the second floor lobby area," Steven Wilch, who is with the Colorado Springs Fire Department, told KRDO. 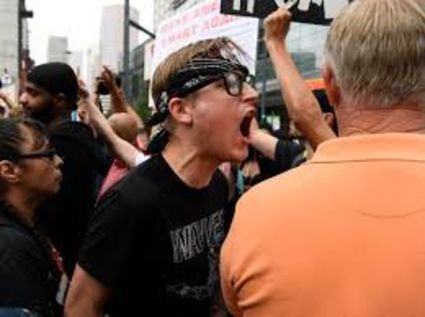 Donald Trump reportedly insulted the fire department, and even made a Colorado Springa baby cry

Within an hour, the Denver Post noted, the GOP presidential nominee was bashing the fire marshal at his rally.

"So I have to tell you this. This is why our country doesn't work," Trump said from the stage at his Friday rally, which began nearly an hour late as a result of the mishap. "We have plenty of space here. We have thousands of people outside trying to get in. And we have a fire marshal that said, 'Oh we can't allow more people.'

"The reason they won't let them in is because they don't know what the hell they're doing.

"Hey, maybe they're a Hillary person. Could that be possible? Probably. I don't think there are too many of them," Trump said.

I don't think anyone would be happy after having been stuck in an elevator. Glad Mr. Trump and his detail are OK.