Despite filing a court claim, now says he was "Mistaken" and vividly explains why 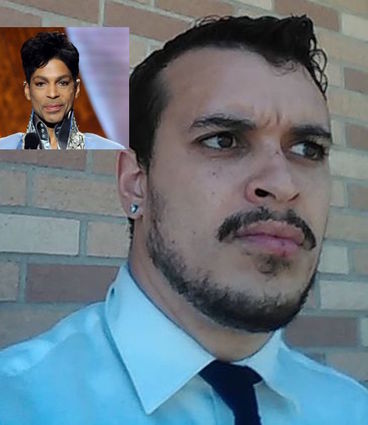 Update: On August 10th, Anthony (Tony) Steman aka Anthony Snow posted at some length on his Facebook account denying any relationship to dead singer Prince Nelson Rogers. This despite his having originally filed a claim with the Minnesota Superior Court.

His mother, Sheila Steman left him several plaintive messages in early May, two weeks after the Singers April 21, 2016 death. "Prince might be your father, call me" she posted at 9:30 AM on May 4. Sheila Steman posted repeatedly, apparently waiting for a response from her son. "My mom's mental stability as she's getting older is not 100% solid, so the possibility existed she incorrectly remembered, someone tricked her, or she really had just kept this from me as some devotion to Prince as to not ruin his life," Steman explained today.

Steman filed a claim with the court, one that was ultimately proven wrong (or disallowed by genetic evidence, more technically speaking). He explains why at: https://www.facebook.com/permalink.php?story_fbid=10101923253741175&id=29407974

"On April 23, 2016 I watched the SNL Memorial episode dedicated to Prince, I proceeded to cry for the next hour as I watched. Every kid who didn't know a parent has that someone amazing they wish they were, and for the little darker kid(not sure if that's PC I grew up around mostly white people) not a lot of famous people could be my dad, and Prince was the only one I knew who looked remotely like me. I wasn't just sad because a dream was dying, but realizing that if Prince, wealthy as he was, died, my probably Impoverished dad would most likely die before I ever met him. . . . Honestly I pursued this because I needed to know, not thinking about the money, or if that was even a possibility."

Prince died with no will and an estate worth an estimated $300,000,000. His closest known relative was his sister, Tyka. He also had several known half siblings. Despite his many romances with women (many of them famous), and despite two marriages; The Artist left no living, known children. About 700 people including Steman filed claims with the probate court, claiming to be children, half siblings, or other relatives of the Purple One.

Steman's mom was born in Minneapolis, MN in 1965, and lived there until at least 1990. Prince, of course, also lived in and around Minneapolis in that time period. "Then my mom got a hold of me mid may(via phone by the way, did not receive notification or know about those messages on the picture until the article), we were estranged, among withholding the information of my dad, I also had some other grudges I was holding. Once she gave me the news that she thought he was my dad I didn't know what to think, but I do know I lost the ability to sleep, and realized if this were true I would need to act fast or I may never know," Steman says.

On August 2, 2016, the Minnesota Probate Court ordered genetic testing results related to Anthony Steman aka Anthony Snow, to be sealed. The Court order is available online at: http://www.mncourts.gov/mncourtsgov/media/CIOMediaLibrary/Documents/Order-Sealing-Genetic-Testing-Results_1.pdf

Snow lists his occupation as a Phlebotomist at Sacred Heart Medical Center in Spokane Washington. "I stab people," his FB page says, a reference to the fact that Phlebotomists take blood from patients at hospitals.

We had previously reported that Prince in fact left a son, as paternity tests would prove. http://www.smobserved.com/story/2016/08/01/news/paternity-test-proves-that-prince-rogers-nelson-left-a-son/1680.html

Steman needed to know, and I suppose like other Prince fans, we needed it to be true. And we wish Mr. Steman nothing but good things for his future.

On April 21, at 9:43 a.m., the Carver County Sheriff's Office received a 9-1-1 call requesting that an ambulance be sent to Prince's home at Paisley Park. The caller initially told the dispatcher that an unidentified person at the home was unconscious, then moments later said he was dead, and finally identified the person as Prince. The caller was Dr. Kornfeld's son, who had flown in with buprenorphine that morning to devise a treatment plan for opioid addiction.

Emergency responders found Prince unresponsive in an elevator and performed CPR, but a paramedic said he had been dead for about six hours, and they were unable to revive him. They pronounced him dead at 10:07 a.m., 19 minutes after their arrival. There were no sign of suicide or foul play. The coroner later ruled that Prince had died of an accidental fentanyl overdose. He was 57 years old

Prince Rogers Nelson was an American singer, songwriter, multi-instrumentalist, record producer, and actor. He was a musical innovator and known for his eclectic work, flamboyant stage presence, extravagant dress and makeup, and wide vocal range. His music integrates a wide variety of styles, including funk, rock, R&B, new wave, soul, psychedelia, and pop. He has sold over 100 million records worldwide, making him one of the best-selling artists of all time.

He won seven Grammy Awards a Golden Globe Award, and an Academy Award for the film Purple Rain. He was inducted into the Rock and Roll Hall of Fame in 2004, the first year of his eligibility. Rolling Stone ranked Prince at number 27 on its list of 100 Greatest Artists-"the most influential artists of the rock & roll era". 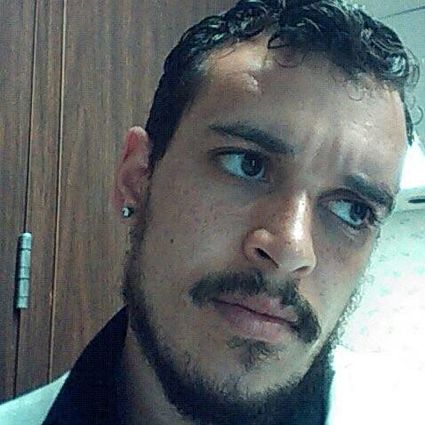 Prince was born in Minneapolis and developed an interest in music as a young child. He signed a recording contract with Warner Bros. at the age of 18, and released his debut album For You in 1978. His 1979 album Prince went platinum, and his next three records-Dirty Mind (1980), Controversy (1981), and 1999 (1982)-continued his success, showcasing Prince's prominently sexual lyrics and blending of funk, dance, and rock music.

In 1984, he began referring to his backup band as the Revolution and released Purple Rain, which served as the soundtrack to his eponymous 1984 film debut and was met with widespread acclaim. After releasing the albums Around the World in a Day (1985) and Parade (1986), The Revolution disbanded, and Prince released the double album Sign o' the Times (1987) as a solo artist. He released three more solo albums before debuting the New Power Generation band in 1991.

This is Prince's son. Eerily similar features. His big beautiful eyes and his smile/smirk. Spot on. He is not as thin as his dad, but close enough. Remember, he has his mom's features as well. He is still handsome. His DNA results are confidential, while others results are made public. If i were him i would not tell anyone. This world is a crazy place, sometimes awful. What normal human being wants a huge amount of attention if you are used to living a quiet, peaceful, lowkey life? Prince was out of this world. Sometimes, more money and fame equals more problems. Anthony needs to lay low. It would be too much pressure. Fans looking for him to make decisions about the Estate. He wont be able to please everyone. He will be surrounded by papparazi and vultures if he reveals the truth. Good luck, Prince Jr.! :-) God bless you.

So very unfortunate. I know myself and others that are wanting there to be a child . I hope someday you find your father Anthony . Best of luck 💜

Anthony Steman, people seem to think that you are really Prince's son, that DNA confirmed it but you were paid off by Warner Brothers to state that you are NOT Prince's son. Warner Brothers wants the contents of Prince's vault and they think it would be easier if it is in the hands of Prince's sister Tyka and the others.Personally I don't believe you are a Nelson but some people do.Maryam40 on YouTube seems to think you are his son also. Tell me how a SantaMonica paper would have your personal information but no other media in this country has it. This is not true and I think that the document online is fraudulent. Why don't you show us the actual DNA test results that say you have a 0% chance of being Prince's son. Did you really go to Minneapolis and take a test?

This dude looks nothing like Prince man really.Prince was the sexiest man I've ever seen this guy triple barf.He can have several seats like all these other clowns look alike get your eyes checked brother wow he's the worse by far.Prince is throwing you some earth shattering shade right now.Lawd Jesus help this man regain his eye sight.

Is this another son not from heir hunter international?

Would have been nice if the update that says that he(me) is not the son wasn't buried halfway through the article, i have officially become click bait. Did the test, results were negative, so I'll go back to my life, you all have a wonderful day.

Imagine that. A man from Spokane. I just returned to the Midwest after living in Spokane for 7 years. I used to work for providence sacred heart which is the other hospital with sacred heart. I wish the young man well in all of this. I do see similar facial features as Prince. What a tough spot to be in, but hopefully everything will not take too long to be decided do he can have his due from a man he most likely never really knew. If he did, he'd have been declared years ago.

Thanks for the update, but your opening statement is incorrect. When he passed he was Prince. Not the Artist Formerly known As...