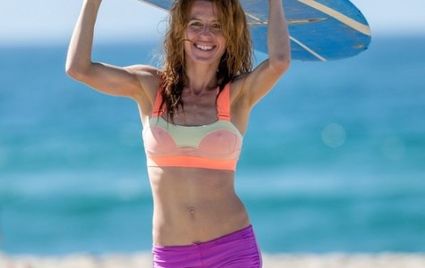 The play is about a mystical journey, set against the wreckage of family, mythology, and Mother Earth. The fight to preserve the planet revolves around the last lobster man, his frazzled wife, and environmentalist daughter. Mermaids, meteors, and corporate greed move us into unforeseen depths as we examine our own beliefs and fears of extinction, and grapple with what it will take to save our oceans and humankind.

Said Frederick, " I am so excited to be working with these talented actors, the director and the writer, we are all excited about this special night, we have worked very hard to make this evening happen, I am so excited to raise funds for Project Save Our Surf. I want to personally thank the charity's Director Karon Pardue who has tirelessly worked on the event and has continued to raise funds for the charity. We are so blessed to have her at the helm."

Tanna Frederick: is an award winning independent film actress who rose to prominence for her title role in Henry Jaglom's Hollywood Dreams, for which she received the Best Actress Award at the 2008 Fargo Film Festival. She has since starred in many award winning movies and plays and is today recognized as one of America's leading stage actresses. When not acting, Tanna runs marathons, is a martial arts black belt, she also spends her time working on several causes such as ocean conservation and under served youth. She is also the founder of Project Save Our Surf. Her latest movie Ovation received outstanding reviews. She is also the star and executive producer of virtual reality series DEFROST which recently received a standing ovation at the Sundance Film Festival where is was nominated.

Gregory Harrison: is an American actor. He is known for his role as Chandler in the 1987 cult favorite North Shore and as Dr. George Alonzo "Gonzo" Gates on the CBS series Trapper John, M.D. (1979-86).

Jeff Kober: Kober may be best known as Dodger in China Beach and Daedalus in the short-lived cult horror series Kindred: The Embraced. He has made guest appearances on such television series as Buffy the Vampire Slayer, Law & Order: Special Victims Unit, CSI: Crime Scene Investigation, ER, 24, The Closer, and Criminal Minds. He played the character Julian Bradley in the two-part 1985 episode entitled "The Monster: Part 1&2" on Highway to Heaven. He plays Jacob Hale, Jr. in the FX series Sons of Anarchy and Joe in the AMC series The Walking Dead.

Amanda McBroom: McBroom has had guest-starring or recurring roles on such television series as Starsky & Hutch, Star Trek: The Next Generation ("The Measure of a Man"), Hart to Hart, Taxi, Charlie's Angels, Remington Steele, Hawaii Five-O, Magnum, P.I., M*A*S*H, Lou Grant, Gunsmoke, and Love, American Style to her credit. She has also worked as a voice actress for children's cartoon shows, including Wildfire, The Fonz and the Happy Days Gang, Challenge of the GoBots, The Smurfs, Super Friends and The Richie Rich/Scooby-Doo Show

Director Jenny Sullivan: An actress, director and playwright, Sullivan has performed in such plays as "The Baby Dance," "Any Wednesday," "Battle of Angels" and "Instant Foreplay". Long associated with The Rubicon Theater in Ventura, CA, as its Artistic Director, she has directed productions of "The Rainmaker" with Stephanie Zimbalist, "Proof" with Anne Heche, "Defying Gravity," for which she won a 'Robby' award, and "One Flew Over the Cuckoo's Nest." She also directed a revolving door of actors in a long-running L.A. presentation of "The Vagina Monologues." 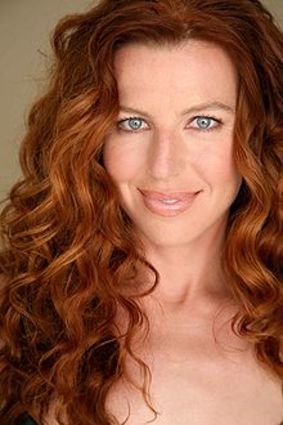