Second Actor from The Big Lebowski Dies in One Month: Jon Polito and David Huddleston

Actor Jon Polito died Thursday in Duarte, Calif. He was 65. His manager, Maryellen Mulcahy, told the Associated Press that he had been treated for multiple myeloma, a type of cancer that strikes the white blood cells.

Jon Polito as Da Fino, a private investigator hired by Bunny's parents, the Knutsons, to entice their daughter back home. He mistakes the Dude for a "brother Shamus". The movie was, to some extent, about coincidences and mistaken identities.

The bald, mustachioed, raspy-voiced character actor antagonized Jeff Bridges in 1998's The Big Lebowski and starred in several other Coen projects like Barton Fink (1991), Miller's Crossing (1990) and The Man Who Wasn't There (2001.) A favorite of writer/director team Joel and Ethan Coen, Polito played a private Detective in the Big Lebowski, who follows the Dude around in a VW.

Coincidentally, David Huddleston died on August 2nd, 2016. Huddleston played the title character in the Big Lebowski, a pompous, pretentious millionaire who tries to trick the Dude, but is ultimately outed by him.

David William Huddleston, 86 was an American actor. An Emmy Award nominee, Huddleston had a prolific television career, and appeared in many films including Blazing Saddles, Crime Busters, Santa Claus: The Movie and The Big Lebowski.

Hoffman struggled with drug addiction as a young adult, and relapsed in 2013 after many years of sobriety. In February 2014, he was found dead with a syringe of heroin still in his arm, but official cause of death was combined drug intoxication – an unexpected event that was widely lamented in the film and theater industries

The Big Lebowski, a 1998 American crime comedy film, was written, produced, and directed by Joel and Ethan Coen. It stars Jeff Bridges as Jeffrey "The Dude" Lebowski, a Los Angeles slacker and avid bowler. He is assaulted as a result of mistaken identity, after which The Dude learns that a millionaire also named Jeffrey Lebowski was the intended victim. The millionaire Lebowski's trophy wife is kidnapped, and he commissions The Dude to deliver the ransom to secure her release; but the plan goes awry when the Dude's friend Walter Sobchak (John Goodman) schemes to keep the ransom money. Julianne Moore and Steve Buscemi also star, with David Huddleston, John Turturro, Philip Seymour Hoffman, Sam Elliott, Tara Reid, David Thewlis and Flea appearing in supporting roles.

The film is loosely inspired by the work of Raymond Chandler. Joel Coen stated: "We wanted to do a Chandler kind of story – how it moves episodically, and deals with the characters trying to unravel a mystery, as well as having a hopelessly complex plot that's ultimately unimportant." While not terribly successful in the theater, it has since achieved cult status. noted for its idiosyncratic characters, dream sequences, unconventional dialogue, and eclectic soundtrack. 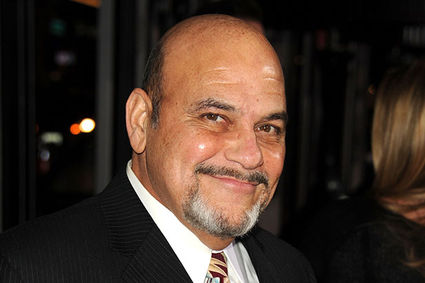 Jon Polito as Da Fino, a private investigator hired by Bunny's parents, the Knutsons, to entice their daughter back home. He mistakes the Dude for a "brother Shamus".

In 2014, the Library of Congress added The Big Lebowski to the National Film Registry of films deemed to be of "cultural, historical, or aesthetic significance."

A spin-off based on John Turturro's character ("The Jesus"), entitled Going Places, is currently filming, with Turtorro also acting as writer and director