Star Watching: See The Milky Way at Night from your Local National Park! 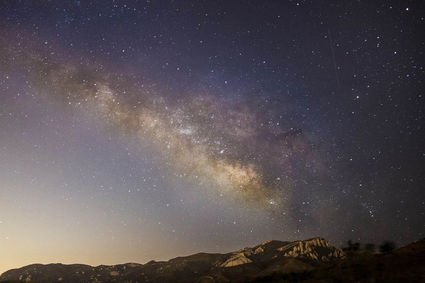 The western end of the mountains offers the best stargazing. An upcoming star party is scheduled for October 1 (details) at Rancho Sierra Vista in Thousand OaKs

Two of the parks, however, experience very high levels of the light pollution

Thousand Oaks, CA - A study published today found that the amount of light pollution produced within Southern California's three coastal National Park Service units has not significantly changed, and in one case has decreased, over the past two decades.

Overall, however, the study found that extremely high levels of nighttime lighting are present within two of the three parks, and all of them are highly influenced by light pollution in the surrounding regions. Light pollution interferes with the view of the night sky and disrupts the daily and nightly rhythms of species.

UCLA researchers, working with National Park Service scientists, examined satellite data between 1992 and 2012 to see how lighting levels were changing from within National Park units. They concentrated on lights visible within the park boundaries and found that nighttime lights...

remained extremely low within the boundaries of Channel Islands National Park, off the coast of Los Angeles, Ventura, and Santa Barbara counties, and

have been relatively stable within Santa Monica Mountains National Recreation Area, which is found within and to the west of Los Angeles.

"The good news is that we now have a baseline measure of the lighting conditions within Southern California's coastal national park units. Now we can work with people in the cities in the surrounding regions to decrease their contribution to the problem and conserve night skies," said Tom Gillespie, the study's lead author and a professor of geography at UCLA. "Rarely are ecological problems remedied this easily, through small actions by large numbers of people."

Tips on reducing light pollution are available on the website from the Natural Sounds and Night Skies Division of the National Park Service.

"There have been many studies showing that artificial light disrupts ecosystems," added Stacey Ostermann-Kelm, the program manager for the Mediterranean Coast Network Inventory and Monitoring Program, which focuses on the long-term monitoring of vital signs important to the ecological health shared between Southern California's three coastal National Park Service units. "The orientation of animals moving across the landscape and the timing of seasonal and daily activities such as breeding and nesting of birds can be influenced by night lighting."

Gillespie and his team were commissioned to analyze nighttime lights for the Mediterranean Coast Network. The study is a first step in long-term light pollution monitoring around the parks and establishes a standard methodology for ongoing research. Results are used by park managers for planning, management, and decision-making.

Specific findings for each of the parks:

Found on the tip of Point Loma, with sweeping views of the city, Cabrillo saw nighttime lights on average decrease since 1992. But the monument still has a high level of lighting in and immediately adjacent to it. The biggest impact on nighttime lights in Cabrillo is from the adjacent Naval base. The surrounding cityscape and active naval base contribute to significant "sky glow" caused by the scattering of light in the atmosphere, which washes out views of the night sky and increases ambient illumination levels even at locations where no lights are found in the park itself.

The southern tip of the park is the darkest area and therefore is the best location to view night skies in the park. The close proximity of CABR to a large urban center makes it an ideal place to observe the night skies without much direct glare just a short drive from the city.

The park and Cabrillo National Monument Conservancy will host a full moon event on September 16.

The study concluded that Channel Islands has some of the lowest levels of lighting with it when compared to 59 other national parks. The park is, however, still influenced by "sky glow" caused by the scattering of light in the atmosphere from the mainland, which washes out views of the night sky and increases ambient illumination levels even at locations where no lights are found in the park itself.

Other studies have found that even low levels of nighttime lighting may negatively affect nesting habitat and reproductive success of seabirds. They noted that fledglings can be attracted to night lights and may be injured, or grounded, and consequently vulnerable to predation or exhaustion. 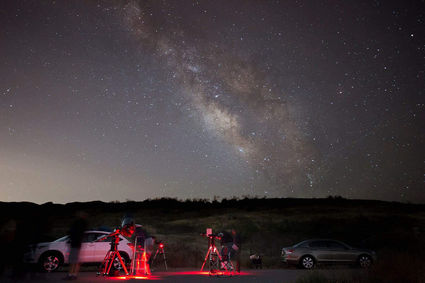 Light Pollution from within SoCal's Coastal National Parks Steady or Decreasing Two of the parks, however, experience very high levels of the light pollution

Decreases in light levels within recreation area boundaries were detected in the interior sections of the Santa Monica Mountains and Simi Hills, as well as much of Malibu, while increases were found on the edges, in the Conejo Valley and along the coast, in western Malibu and over the Ventura County line. Sections surrounded by Los Angeles already reached the highest light levels detected by the satellite in 1992 so it was not possible to determine if they increased further.

The decreases could be related to local outdoor lighting policies. Nearly all cities and counties situated in or adjacent to the Santa Monica Mountains have nighttime lighting zoning restrictions, a dark skies ordinance, or a Local Coastal Program with policies protective of the dark skies, including the cities of Calabasas and Malibu, as well as the Santa Monica Mountains Local Coastal Programs.

The western end of the mountains offers the best stargazing. An upcoming star party is scheduled for October 1 (details) at Rancho Sierra Vista in Thousand Oaks.