SMC Grad Awarded SMART Scholarship by US Department of Defense

Up From poverty, the SMART scholarship includes a paid internship, with a direct path to a career. He called the scholarship "liberating, just knowing that I can take care of my mom now." She is bipolar schizophrenia. 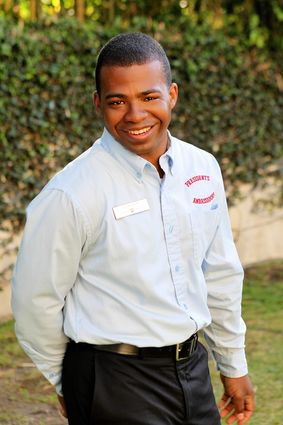 Santa Monica College graduate and veteran Jonathan Eady was awarded a U.S. Department of Defense SMART Scholarship and has transferred to study at California State University-Northridge to study Mechanical Engineering with a specialization in Mechatronics and Robotics.

Santa Monica College (SMC) announced that SMC grad and Santa Monica native Jonathan Eady has been awarded a Science, Mathematics and Research for Transformation (SMART) Scholarship for Service by the U.S. Department of Defense (DoD). The scholarship supports students who are pursuing a degree in the STEM (Science, Technology, Engineering, and Math) fields.

Upon graduation, all SMART scholars are placed in civilian jobs in a DoD lab or facility. The DoD developed its SMART program to increase the number of civilian scientists and engineers working at DoD laboratories. In addition to covering tuition and other educational expenses, SMART recipients receive a generous cash award and health insurance allowance, as well as a monthly stipend. Summer internships are also included.

Eady is an Army National Guard veteran who completed six years of service at the end of July. He was a fire finding radar operator, "which is basically using a radar to track artillery firing around the area," said Eady. He also served as a liaison with the National Guard's efforts to help the homeless in the Santa Monica and Los Angeles area. During his time in the National Guard, Eady said he often struggled to juggle his studies with his military duties, and even had to drop classes at times to meet his military obligations.

Despite the delays in his educational pursuits, Eady earned an Associate degree at SMC in General Science-Mechanical Engineering preparation this June. He transferred to California State University-Northridge (CSUN), where he is majoring in Mechanical Engineering with a specialization in Mechatronics and Robotics, and minoring in Automation and Computer Design. Eady says he chose CSUN because it has a "more robust robotics program than they have at UC," adding that he is "proud to be CSUN's first SMART scholarship participant."

For Eady, who grew up with the struggles and wants of poverty, one of the many benefits of the SMART scholarship is that it includes a paid internship, with a direct path to a career. He called the scholarship "liberating, just knowing that I can take care of my mom now." Eady recently learned that his mother had been diagnosed with bipolar schizophrenia.

The internship also gives him the opportunity to become familiar with working at a DoD facility. "It's basically like a trial period to see how things feel," he said. For his internship site, Eady selected the Naval Surface Warfare Center in Port Hueneme. He will be working with the Littoral Combat Ship (LCS) program. The LCS is a fairly new type of small, but very agile, high-tech surface vessels designed to operate in coastal waters close to shore.

Eady is a former President's Ambassador of Santa Monica College and participant in the college's STEM Science Research Initiative. He is also the founder of the STEM Club at SMC, and was elected by the student body to serve as student trustee on the SMC board for 2015-16. 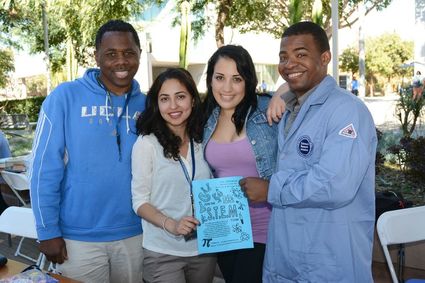 Santa Monica College graduate and veteran Jonathan Eady was awarded a U.S. Department of Defense SMART Scholarship and has transferred to study at California State University-Northridge to study Mechanical Engineering with a specialization in Mechatronics and Robotics.

Eady credits several of his SMC instructors for his success, especially Professor Muriel Walker-Waugh, who "got me into the STEM program and got me started on this path of success that I didn't know was there." SMC Academic Computing Instructional Specialist Lee Peterson, who runs the student computer lab in Cayton Center, has been "instrumental in everything," said Eady. "His mentorship is a huge reason why I was successful." Eady added that SMC's trustees were all very supportive and he benefited especially from being "actively mentored" by board member Dr. Susan Aminoff.

Gaining the engineering knowledge to go into robotics is one of Eady's dreams. "I want to understand how all this technology works, so I can have that little bit of information and the scientific literacy that's necessary for the future," he said. "I want to use technology to help people in some way. I'm going to try to be that person who says, 'Let's make our priorities our people, education, and making sure we advance ourselves technologically.'" In the end, added Eady, "It's all public service. That's where I've been my entire life."

For more information on the SMART scholarship, visit smart.asee.org.