For the fanboy or fangirl looking for that perfect "smart Halloween horror date" . . . . . 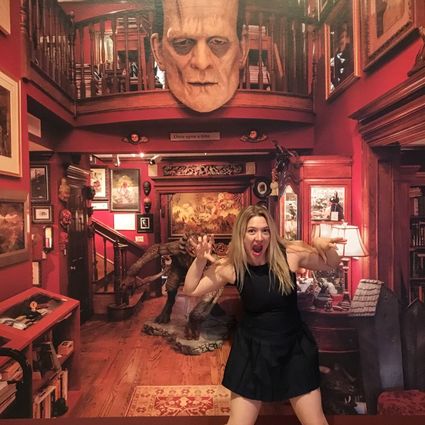 Del Toro has been numerously cited as one of the most inventive horror/fantasy filmmakers of his generation.

Del Toro has reinvented the genres of horror, fantasy, and science fiction. Working with a team of craftsmen, artists, and actors, and referencing a wide range of cinematic pop-culture, and art-historical sources del Toro has created the lucid dreams he experienced as a child in Guadalajara, Mexico.

Taking inspiration from del Toro's extraordinary imagination, the exhibit reveals (at least until November 27, 2016 when it closes to travel to its next museum location) his creative process through his collection of paintings, drawings, artifacts, and concept film art. 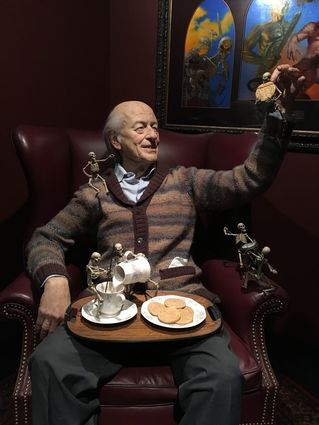 Over 500 of these items are normally housed in del Toro's infamous horror sanctuary Bleak House, his personal museum to the art form of scarring the pants off of people. Rather than a traditional chronology or filmography, the exhibition is organized by thematically, beginning with visions of death and afterlife, continuing through explorations of magic, occultism, horror, and monsters, and concluding with a representations of innocence and redemption.

For the fanboy or fangirl looking for that perfect "smart Halloween horror date" At Home With Monsters is wonderful, at least until you try to go to sleep later that night! ;-)

Kat Thomas is a creative consultant and global writer who spends many nights wondering if there's a monster inside her closet. You can see more of her adventures at thiswayadventures.com