Coolio Charged With Going Through Security at LAX, Packing a Pistol

Bodyguard attempted to claim ownership of the gun TSA found at LAX, but witnesses claimed it belonged to Ivey. 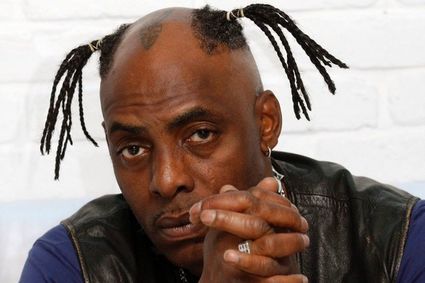 Thursday rapper Coolio was charged for possessing a weapon while going through security at the Los Angeles International Airport.

On September 17, Coolio, whose real name is Artis Leon Ivey, was going through the baggage screening at LAX when a handgun was allegedly found in his backpack. Ivey is 53 years old.

Since Ivey has two prior convictions, he faces one felony count of possession of a firearm by a felon with two priors. In 2001, Ivey was convicted of carrying a concealed weapon in a vehicle. In 2009, he was convicted of possession of cocaine base. Though not part of the current case, Ivey was sentenced to six month's probation in Stuttgart, Germany, after a conviction of being an accessory to robbery and causing bodily injury.

One of Ivey's bodyguards attempted to claim ownership of the gun found by the TSA at the airport, but witnesses claimed it belonged to Ivey.

According to Wikipedia, Ivey was born in Compton and attended Compton Community College. He worked various jobs, including volunteer firefighting and, perhaps ironically, security at LAX. He ultimately became a rapper and has appeared on several television shows, including "Celebrity Big Brother," "Celebrity Wife Swap," and Rachel vs. Guy: Celebrity Cook-Off." On "Celebrity Big Brother," he appeared with his wife and spoke on the show about his six children from four different relationships. During "Celebrity Wife Swap" his girlfriend left him.

If convicted of today's weapons charge, Ivey could face as much as three years in state prison. 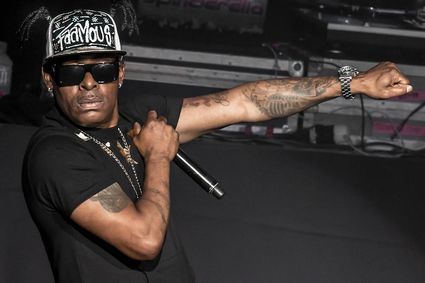 Artis Leon Ivey Jr., 53, known professionally as Coolio, is an American rapper, chef, actor, and record producer. Coolio achieved mainstream success in the mid to late 1990s with his albums It Takes a Thief (1994), Gangsta's Paradise (1995), and My Soul (1997). He is best known for his 1995 Grammy Award-winning hit single "Gangsta's Paradise", as well as other singles "Fantastic Voyage" (1994), "C U When U Get There" (1997) and "1, 2, 3, 4 (Sumpin' New)" (1996). He was also known for rapping the theme song for the late 1990s Nickelodeon series Kenan & Kel. Coolio has since gone on to release albums independently, as well becoming a chef, creating a web series titled Cookin' with Coolio and releasing a cookbook.