Print out this page and take it to the polls with you! Including Santa Monica, State and US Ballot. 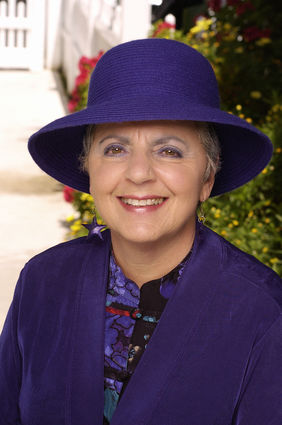 Well it's that time of year again, on hyper-drive. In this craziest of all elections, here are the Observer's recommendations when you go to the polls:

US SENATE: Kamala Harris. What a lame choice for an incredibly important political post. Kamala Harris is cautious and always poll-tested and surprisingly unaccomplished, Loretta Sanchez comes across as a cooky flake. Harris does seem smarter, and we do give her kudos for her negotiation with the banks over the foreclosure crisis, but she seems to have done little else. It's telling that Diane Feinstein and Barbara Boxer took so long to endorse in this race, but eventually they went with Harris because Sanchez just wasn't ultimately credible enough. We can't believe that this is the best the state has to offer for this job.

US REPRESENTATIVE: Ted Lieu. Ted has earned re-election with his consicentiousness and commitment to our veterans at the Westwood VA.

JUDGES: We typically look closely at the Bar Association's ratings of judicial candidates. The Association looks carefully at the candidates' background, temperament, and relevant experience. With that in mind, and what we know about the candidates personally and on paper, we endorse Steve Schreiner, Efrain Aceves, Javier Perez, and Kim Nguyen for judge.

PROPOSITIONS: What a crazy list of measures! Here are our thoughts:

51: Yes. This is a close one. We are concerned about putting more debt burden on the state, and Prop 51 does that. That's why Governor Brown is opposed to 51. However, in our fast-paced world, our schools statewide need to modernize and voting for Prop. 51 is one of the ways to make sure that happens.

52. Yes. Medi-Cal is in desperate need of help, and 52 finds a solution, and could result in major savings for the state.

53. No. 53 was written by one farmer mad about Governor Brown's tunnels project and attempts a broad-sweeping change to state law to stop that one project. This sort of over-broad and self-serving use of the proposition process should be rejected by voters.

54. Yes. The last-minute shenanigans of the legislative leadership shoving bills through the legislature without previous publication or vetting doesn't make for thoughtful and transparent decision-making. 54 is supported by good government groups and will help to solve that problem.

55. Yes. This effectively continues an existing tax that will help to continue to fund our woefully underfunded schools.

56. Yes. Cigarettes suck. Cigarette taxes have been proven to dissuade younger people from starting to smoke. Smoking costs taxpayers $3.5 billion annually. The measure is imperfect, but we think it would ultimately improve rather than hinder the state of public health in California. Even if they threw the money down a rathole, it would reduce smoking deaths.

57. Yes. This is Governor Brown's attempt to fix mistakes he made during his first term as governor back in the 70s. The state's criminal justice system is broken, and this helps to improve the parole system, with state savings to boot.

58. No. We like English, and want kids to learn English. However, existing law is too restrictive and doesn't take into account new findings about how children learn. It's important to give educators the flexibility they need to help kids coming from very different linguistic backgrounds. That's why we oppose Prop 58.

59. Yes. Our campaign finance system is broken, and Prop 59 is a way for California voters to weigh in and voice their opposition to the Citizens United decision and related jurisprudence. It's true that passing 59 won't change the system overnight, but no major jurisprudential change ever happened without popular galvanization around changing the law.

60. No. Well intentioned, perhaps, but Prop 60 didn't involve the workers most affected by a condom ban--in fact, their organization is opposed to it partly because of the adverse health impacts and hospitalization rates involving condoms and long film sessions. Prop 60 is not the answer to the stated problem, seems a government overreach, and could drive a lot of business out of state and underground, with less worker and health protections.

61. Yes. This proposition is not perfect, but it's an attempt to get drug prices under control and save the state some money. We vote yes.

62. Yes. Regardless of how you feel about capital punishment as a moral matter, it has proven to be ineffective and extraordinarily costly. We support its repeal.

63. Yes. The legislature took care of most of these reforms already, but Prop 63 tightens ammunition sales and access and we think that's a good thing.

64. Yes. We've never believed that the war on drugs has been effective or justified and Colorado and Washington have shown that marijuana can be legalized without the whole state going to pot.

65. Yes. This measure was put onto the ballot to confuse voters, and so we're not very enthusiastic about it, but it won't do any harm and could do a tad of good. The important thing on this issue is to support Prop 67.

66. No. We don't agree with making it easier to effectuate the death penalty, so we don't support Prop 66.

67. Yes. As convenient as they are, plastic bags are incredibly wasteful and environmentally damaging. Let's figure out other ways to carry our stuff around.

Measure A. Yes. We are in need of more green space, and more protection of the Santa Monica mountains.

Measure M. Yes. Congestion has reached a crisis point, and threatens our way of life. We need more funds to go toward improving our transit and traffic systems.

CITY COUNCIL: Ted Winterer, Tony Vazquez, Armen Melkonians, write in Phil Brock. People in town are furious about overdevelopment. It's not entirely the fault of the incumbents, but they need to heed the concerns heard out there in the community when it comes to how we build and how we get around. This field challenging the incumbents this year is unusually weak--the only serious challengers are Armen and Oscar de la Torre. Armen will shake things up with his tough on development approach. Of the four incumbents running, Ted and Tony have been the most responsive and measured.

RENT BOARD: Elaine Golden Gealer: A local realtor who will bring balance to the board, and an adult, business oriented perspective. Chris Walton is also a rebel.

GS and GSH: No. Would add a half cent tax to what we already pay. Are you kidding? We can't pay more than the 10.5% we already pay--the highest in the State, or retailers will be put out of business. No on GS and GSH.

LV: Yes. This is a really, really tough one. We are deeply concerned about overdevelopment. We trust Councilmember Kevin McKeown on this and take him at a word that he'll provide a better approach two years from now. We're counting on you, Kevin. But we don't trust any of the other 6 City Councilmembers. So until then, LV will have to do. Real world, it will force the landed aristocracy in City Hall, to negotiate with the residents and at least slow down the insanely fast pace of massive developments.

SM: Yes. Seems a simple measure that could make the system a little cleaner.

COLLEGE BOARD: Sion Roy, Rob Rader, Susan Aminoff: Rob and Susan have been able members of the College Board, and Sion is a bright and energetic up-and-comer.

Measure V: Yes. We wish that SMC did more to serve the Santa Monica community directly, but we're proud of the role that it serves regionally and ultimately support giving it the resources it needs to continue this important role. 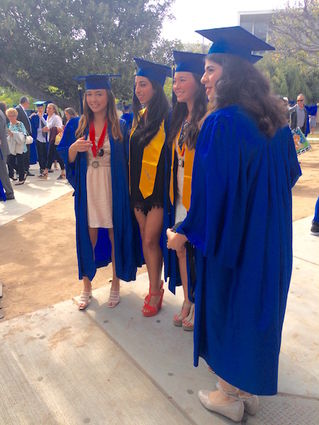 55. Yes. This effectively continues an existing tax that will help to continue to fund our woefully underfunded schools.

PRESIDENT: We have to pick a President, folks! If you simply can't hold your nose and vote for Hillary (who could blame you); Jill Stein and Gary Johnson are options. Clinton's going to take California by at least 10 points. It's a study in foregone conclusions. So feel free to vote your conscience for President--register a protest vote, if you must.

Personally I'm voting for Gary Johnson, as I've said before. Although he knows less about Geography than my 12 year old does, he agrees with me that that government governs best, which governs least. This is the 21st Century, and it's time for a less intrusive Federal State and Local governments. Gary Johnson believes that government is more of a problem than a solution, and frankly, we agree. He also does not share the personality and morality defects of the 2 major party candidates.