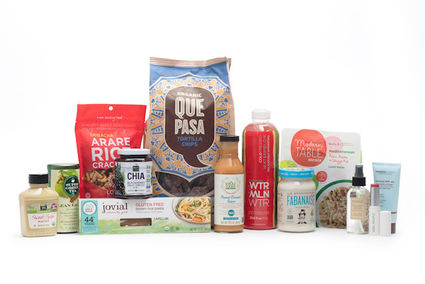 Whole Foods Market served up a list of the hottest trends and foods that it believes could be popular in 2017. The list, which forecasts flavors, ingredients and appetites for the upcoming year, was compiled by experts and industry leaders vetted by the company.

Coconuts, creative condiments, and alternative-grain pastas are just some of the items the company's trendsetters predict will be flying off the shelves in the next twelve months.

According to Whole Foods, its team of experts shares "more than 100 years of combined experience" in tracking consumer preferences, with the goal of identifying products and categories that are poised for the most growth over the next year. "Their predictions are often spot-on, and when they are, that often translates to higher sales across the industry," said Janette Rizk, a representative for the company.

The company's trendsetters base their predictions on shifting consumer preferences, industry research, and conversations and partnerships with suppliers, among other factors.

- Wellness Tonics - Drinks made with botanicals and herbs will be popular next year, according to Whole Foods, and the new year will usher in a wave of unique wellness drinks and tonics that go beyond the recently-popular pressed juice frenzy. Some trendy ingredients to look out for include kava, Tulsi/holy basil, apple cider vinegar, medicinal mushrooms, and adaptogenic herbs.

- Coconut Everything - Beside coconut water and coconut oil, Whole Foods concludes anything made from the nutritional food, such as coconut flour tortillas and coconut sugar aminos, will be on the rise.

This, too, corresponds with industry-wide trends, as global consumption of coconut water alone increased by 13% from 2014 to 2015, according to the beverage research firm Canadean.

- Japanese Food, Beyond Sushi - "Japanese-inspired eating is on the rise and it doesn't look anything like a sushi roll," the company said in a statement.

Some of the foods in this category that could see an uptick in sales include seaweed (fresh and dried), wakame, mirin, sesame oil, and plum vinegar.

- Creative Condiments - Interesting spreads, jams, sauces, and salsas will see a rise in popularity in 2017. Whole Foods says to look out for items such as black sesame tahini, ghee, and habanero jam to spice up everyday meals.

- Rethinking Pasta - Pastas made from alternative grains, such as chickpeas, lentils, and quinoa, are increasingly becoming more popular, as are noodles made from vegetables or kelp.

Whole Foods also said, "traditional fresh-milled and seasonal pastas are having a moment too, which means pasta is cruising into new territories with something for everyone."

- Purple Power - Whole Foods suggests looking out for a variety of purple foods, as their bright, vibrant color oftentimes indicates that they are packed with nutrients.

The company listed purple cauliflower, purple corn and cereal, acai, purple asparagus, and black rice among some of the foods that could be trending soon.

- On-the-Go Beauty - Whole Foods recognizes that its customers are looking for natural beauty products that require minimal effort. The company anticipates that products made with ingredients that have simple applications and do not require brushes or tools will be more popular in the coming year.

- Flexitarian - Next year, consumers will embrace new, personalized diets that are "less rigid than typical vegan, Paleo, gluten-free and other 'special diets' that have gone mainstream," Whole Foods said.

The company believes consumers will choose not to adhere to one specific diet but will be more open to experimenting with new and different ways of healthy eating, such as "eating vegan before 6 p.m., or eating Paleo five days a week, or gluten-free whenever possible." 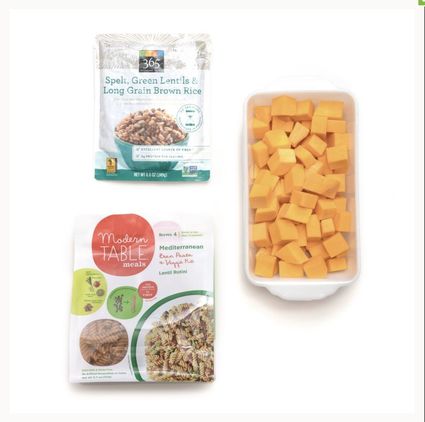 - Mindful Meal Prep - Whole Foods is cognizant of the fact that consumers look for easy-to-prepare meals that save time and money. The company said the trends to look out for "include the 'make some/buy some,' approach, like using pre-cooked ingredients from the hot bar to jump start dinner, or preparing a main dish from scratch and using frozen or store-bought ingredients as sides."

In the face of an ever-growing array of online and brick-and-mortar grocery options, Whole Foods can get a leg up on its competitors by identifying key consumer trends early. Last year, Whole Foods' forecast list included alternative flours made from legumes or nuts, canned wine, dehydrated items like vegetables and meats, and fermented foods and drinks.