Supporters Across America Celebrate a Decision for Clean Water Rights 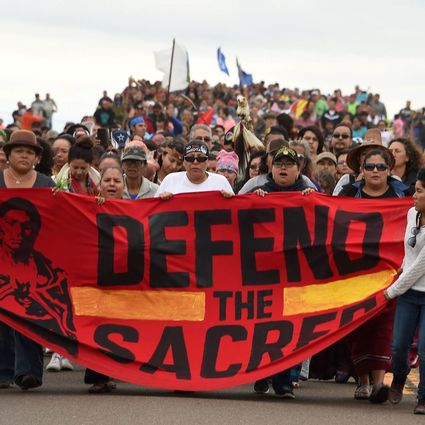 On Sunday afternoon, the Secretary of the Army contacted tribal leaders at the protest site to inform them that the Dakota Access Pipeline will NOT proceed according to its current plan.

"We will not fight tonight, we will dance!" said Rami Bald Eagle, Cheyenne River Lakota Tribal Leader as he shared the news with supporters.

The protester were joined by thousands of US veterans this week who vowed to form a human barrier to protect the water protectors from North Dakota Governor Jack Dalrymple's law enforcement army. At the same time, sheriff's departments across the country have refused to send support once it became clear that the project that was fast-tracked for to benefit multinational corporations rather than the actual people of the state.

"The bitter cold has not chilled the passion behind stopping the pipeline. The many members of 'Veterans Stand for Standing Rock,' brought supplies such as gas masks, earplugs and body armor, to stand firm as a unit to protect protesters from the police and their rubber bullets," wrote onsite The News reporter Bonnie King. "But instead, tonight they dance. It looks like the Americans have won, after all." 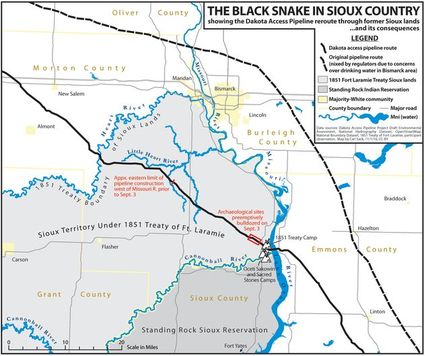 A peaceful protest camp began in April, but the national media didn't pick up the story until The Santa Monica Observer reported on a Labor Day attack by private security. Our story was sent to major outlets and soon the story became international headlines. ( http://www.smobserved.com/story/2016/09/14/business/oil-company-destroys-burial-sites-in-holiday-sneak-attack/1895.html )

As noted in our original article, "An original pipeline route proposal was rejected for posing exactly the same kind of water source threat to the city of Bismarck, ND."

This Corp of Engineers decision proves that prolonged peaceful protest can convince the government to look at the facts and support the rights of real, human, Americans.

Sadly, we may need to do that a lot over the next four years.