Martin Rubin Says "My Efforts to Organize Anti Airport Protest Have Been Hijacked." 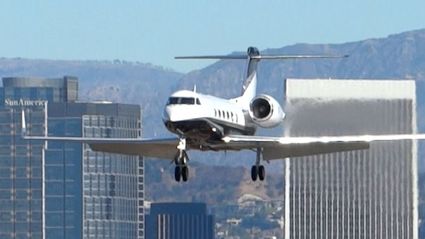 Update: This e mail just in "Regarding the planned February 4th protest: As director of Concerned Residents Against Airport Pollution, please understand that Jonathan Stein is attempting to hijack my efforts to organize this event, and in doing so has only complicated and made it more difficult for me to focus as we move forward.

I have been in the process of planning this event since mid-December.Only the date has been finalized.

The format of the event is in process. I have already reached out to City Council members, both Santa Monica and Los Angeles as well as to Congressman Ted Lieu.

I do not feel comfortable if this demonstration evolves under the leadership of Jonathan Stein, someone who has proven himself many times to not being a team player, and someone who can be quite disrespectful and inconsiderate of people's ideas, down to the point of being highly rude and belligerent to other activists.

From Jonathan Stein: Jet traffic was up 15% in 2016, or about 33% in two years. Now, on February 6, JetSuiteX will begin scheduled flights from Santa Monica Airport. Meanwhile, the City Council set June 30, 2018 to close the Airport, less than 18 months from now, but has taken no steps to implement this symbolic, election-season resolution.

The City staff is fighting back, but meekly. The City Council is fighting back, but they are dazed and confused. It's time we fight back with a public protest at the doorstep of Atlantic Aviation, at 2828 Donald Douglas Loop North, Santa Monica, CA 90405. We will protest on Saturday, Feb 4 -- just before the Feb 6 inauguration of JetSuiteX.

Sunset Park Anti-Airport has invited No Jets, SMO Future, Friends of Sunset Park, CRAAP, Airport2Park to join our public protests. CRAAP has already "saved the date". We invite City Councilman Mike Bonin, Mayor Ted Winterer, the Santa Monica City Council, and City Manager Rick Cole to speak. There are tons of parking at the SM Business Center a few yards away, we hope to make sure it's free. We will stand in the public right-of-way.

Atlantic Aviation was given its Notice to Vacate, not in July 2015, when they explicitly agreed in writing to leave the Airport, but some 15 months later. Our meek city staff and our dazed and confused City Council have not even given a Notice to Vacate to 15 jet owners, who never had any lease with the City, or any legal right to stay at the Airport after July 2015.

An unlawful detainer action was begun against Atlantic in November, but the complaint has not even been served on Atlantic yet. No reason, not court actions by Atlantic, just because our meek City staff thought it would look bad.

A completely phony and foolhardy legal action by the FAA is 95% certain to fail, but it is enough to freeze the City Council and staff, like deer in the headlights.

All this, from professional staff, over 160 of whom earn more than $300k per year. Most will retire on nearly that amount for the rest of their lives.

Meanwhile, the Airport is supposed to close in 18 months, but not a single step has been taken since the August 23 resolution. 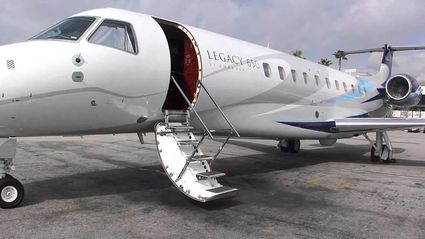 So it is time we step forward, and make sure our voice are heard. Let's put these people on the spot and make sure they hear our demands. Let's give some hell to Atlantic Aviation and the billionaire jet owners (yes, we have jet owners who pay no rent; have no lease; but the City refuses to force their 15 jets out; and yes there are some real-life billionaires among them).

Future emails will give more details. You will see why we have timid and overpaid City staff; how our City Council is dazed and confused. We need not be. Show up and give Atlantic Aviation and its clients an earful. Let's let them know what we think of scheduled jet service by JetSuiteX.

We will assemble in the public right of way in front of 2828 Donald Douglas Loop N, Santa Monica, CA 90405. See you Saturday, Feb 4, at noon. Tons of parking are a few yards away.

Not sure whose more dazed and confused? The city knows they are looking at very costly legal actions from the feds and now with the Trump administration, they could be biting off more than they can chew!

We have a widely distributed and passionate community of residents spanning miles of negatively impacted neighborhoods around the airport. It's not surprising that the many varied grassroots groups of people are not completely coordinated. I suspect they will all come together once they talk and share plans. Thanks to the many people who are fighting back against the FAA and Corporate Jet interests who are polluting, disturbing, and endangering the thousands of people, families, and kids around SMO. My family and I look forward to the future park!