THE PLOT TO HACK AMERICA: How Putin's Cyberspies and WikiLeaks Tried to Steal the 2016 Election 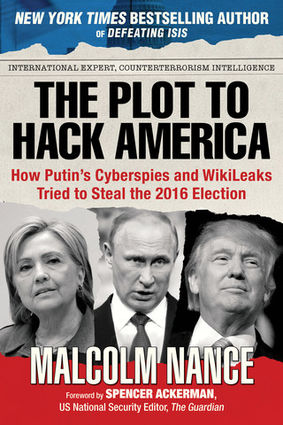 In a book published one month before the election, New York Times bestselling author Malcolm Nance not only identifies the hackers as Russian but digs deep into the biggest political scandal since Watergate.

Donald Trump finally acquiesced on this topic in last week's press conference, saying they "probably" did. Nance's other claims include:

1. The entire Russian hacking was done specifically to elect Donald Trump as president.

2. Trump's advisors, including Paul Manafort, were most likely involved in the attack.

In April of 2016, computer technicians at the Democratic National Committee discovered that someone had accessed the organization's computer servers. In the days and weeks that followed, they learned that the cyberthieves had helped themselves to everything: sensitive documents, emails, donor information, and even voicemails. Nance's investigations led him to none other than Russia's spy service. Their method: a new hybrid cyber warfare called Kompromat.

In The Plot to Hack America, we learn how technicians discovered that Russia's spy agency was responsible for the hack; how the Russians have devastated individuals, political groups, and entire nations with their cybercrimes; and how they may have cultivated Donald Trump as an unwitting "asset" to facilitate their ultimate foreign policy goals-disband NATO, dominate Eastern Europe, and replace America as the world's superpower.

But why would Vladimir Putin want to tip the scales of an American election? Nance follows the fascinating real-life spy story through a labyrinth of cyber espionage, the history of Russia's spy services, and Vladimir Putin's rise through the KGB from junior officer to spy in chief. And he details Donald Trump's many disturbing personal associations with Putin and Russia's oligarchy, as well as Trump's loose affiliation of advisors nicknamed "the Kremlin Crew."

The Plot to Hack America reads like a spy thriller, but it's all too real.

Malcolm Nance is a globally recognized counterterrorism expert and Intelligence Community member who was deployed to intelligence operations in the Balkans, the Middle East, and sub-saharan Africa. He is the author of five books, including the New York Times bestseller Defeating ISIS, and is a counterterrorism analyst for NBC News and MSNBC. He lives in Philadelphia, Pennsylvania.

The Plot to Hack America: How Putin's Cyberspies and WikiLeaks Tried to Steal the 2016 Election 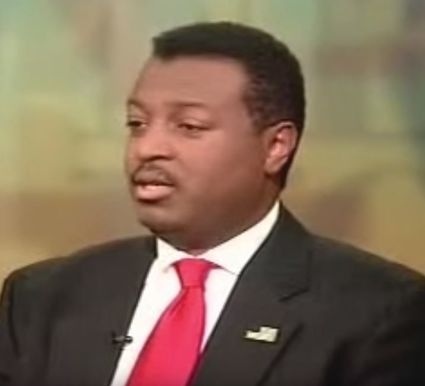 SKYHORSE PUBLISHING, one of the fastest-growing independent book publishers in the United States, was launched in September 2006 by Tony Lyons, former president and publisher of the Lyons Press. It has had forty-two titles on the New York Times bestseller list over the course of its ten-year history.

With a backlist of more than six thousand titles, Skyhorse publishes a maverick list that includes fiction, nonfiction, history, politics, rural living, cooking, humor, and children's books. Lyons is dedicated to publishing books that make people's lives better, whether that means teaching them a hobby, bringing them a unique and important story, or encouraging them to fight against injustices, conspiracies, or abuses of power.