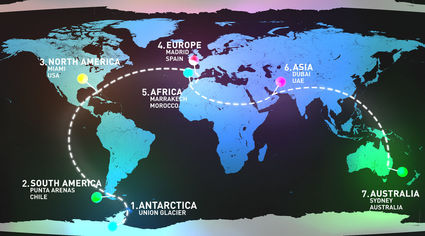 Toronto native Jonathon Fischer, will be one of the first Canadians to compete in the grueling World Marathon Challenge which commences Monday, January 23rd in Antarctica.

Competitors in the World Marathon Challenge must complete 7 marathons in 7 days on 7 continents. Aside from Antarctica, this year's destinations include Punta Arenas, Miami, Madrid, Marrakech, Dubai, and Sydney. Competitors will run 183 miles, spend 59 hours in the air and fly approximately 24,000 miles.

In years prior only 15 runners participated as a result of logistical challenges, however this year's number of participants has skyrocketed to 30 runners including the likes of two time Olympian Ryan Hall, marathon & ultramarathon champion Mike Wardian, Ironman champion Petr Vabrousek, Chile's Silvan Camelio, winner of the 2015 Antarctic Ice Marathon, Luke Wigman, winner of the 2016 Volcano Marathon, as well as Ireland's Sinead Keane, who aspires to become the first blind person to compete in the World Marathon Challenge. Successful participants will be recognized by The 7 Continents Marathon Club and Intercontinental Marathon Club.

As an avid runner, triathlete, and thrill seeker in his youth, Fischer came to find that life-as it does for so many-pulled him away from his intense exercise routines. In honor of turning 55 years old this year, Fischer decided to jump back in to action with an intense training regimen in an effort to prepare for the grueling challenge all in the name of philanthropy. JDFF will support the following charities for each leg of the World Marathon Challenge:

About JDFF: JDFF was born from the mutual philanthropic passion of Jonathon D. Fischer and his wife Christine Avanti-Fischer. Their desire to inspire and empower people to make the world a better place has successfully aided like-minded organizations by focusing on education, ending human trafficking, animal rights, medical needs and water projects amongst many others. 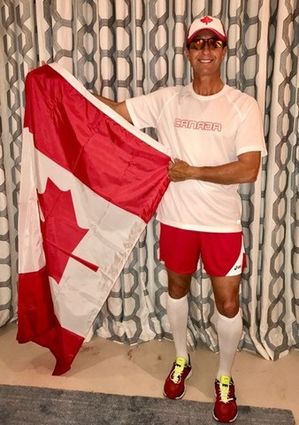 More information about JDFF can be found at: http://www.jdff.ca/