'War Stories' is a play about love. At the Workout Studio in North Hollywood 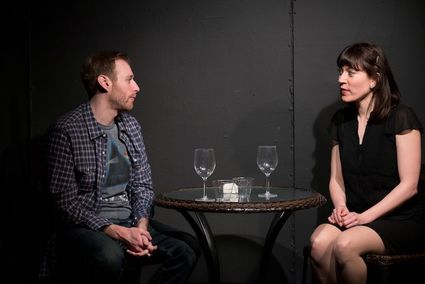 Currently at the intimate yet charming theatre known as Actors Workout Studio this intriguing slice of theatrical life they call “War Stories” is in fact a complex and sometimes weird tale of evolving relationships and ultimately true love.

Only four actors are involved and each begins with a monologue that sets up the general premise of the show. Each character is unique and the interplay between the two men and two women becomes the core of the story and it is a story that absolutely everyone above the age of 20 years can to some extent relate to.

Roxanne Jaeckel is Chelsea a woman who knows that she is hot and also realizes that can be as much of a problem as a blessing. Alexander Carroll is Jake and somewhat crude man with an intense crush on Chelsea. Sarah Kelly is all in as the playwright, Executive Producer and the character Jen. Jen finds herself at the brink of what should be the ideal marriage only to walk away. But fear not for Jen knows how to fight on. Finally there is Samuel Martin Lewis from Massachusetts and thrilled to be in Los Angeles as Sam sharing living space with Chelsea while constantly thinking about Jen. See, complicated. 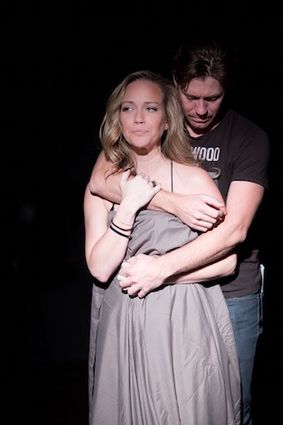 While not exactly “Hamilton” “War Stories” is at the very least entertaining with an abundance of humor and a very much needed happy ending at least for half of the characters. And I again emphasize that it is a very relatable tale so much so that in one scene Chelsea reflects upon life with her thoroughly alcoholic mother and the first thought that popped into my mind was, “Gee apparently Chelsea is my sister.”

“War Stories” is presented primarily as a montage of monologues but they are well done and they do ultimately present a cogent and entertaining story. If you are looking for something a bit different from the ordinary fair do get over to the Actors Workout Studio, 4735 Lankershim Boulevard, North Hollywood, California 91602 sometime between now and February 26th 2017. Show times are Friday and Saturday evenings at 8:00 p.m. and Sundays at 2:00 p.m. and 7:00 p.m. except on Oscar Sunday February 26th when it will be at 2:00 p.m. only. Reservations and ticketing can be arranged by calling 818-506-3903 or online at: http://edm.ticketleap.com/war-stories/.