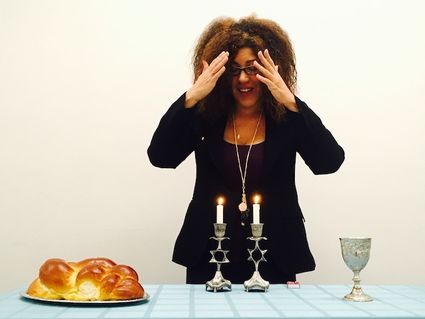 Critics call Fried Chicken and Latkes, a "poignant and hilarious tale," (Jewish Journal), and write, "Diversity, Culture and Laughter Come to Santa Monica" (Santa Monica Daily Press) and "Rain Pryor Embraces the Jewish and African-American Heritages that Make Her Whole" (The Argonaut). Daughter of Richard Pryor and show business royalty, Pryor grew up African-American and Jewish in Beverly Hills and has lived a fascinating life filled with pain, poignancy, purpose and lots of laughter. American audiences first met Pryor as television's first biracial child on Head of the Class. At home, her mom was a go-go dancer who met her dad when she was shaking it up in Sunset Blvd. nightclubs.

Pryor's childhood was split between two cultures that had much in common, but much that was worlds apart. She was in the middle. Raised in Beverly Hills, Pryor's childhood was split between African-American and Jewish cultures. She ate both brisket and collard greens. Her Beverly Hills bubbie and zeydeh, Herbert Bonis, who managed Danny Kaye, shared Rain's upbringing with her dad's grandma, who owned a brothel. 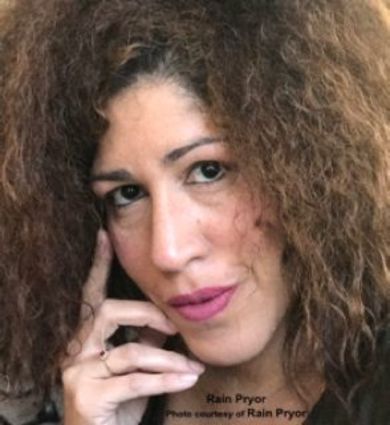 Fried Chicken and Latkes has been extended only until June 3 at The Braid, home of Jewish Women's Theatre (JWT), 2912 Colorado Ave. #102, Santa Monica. The show will run Thursday, Saturday and Sunday evenings and at a Sunday matinee. For additional information, visit: http://www.jewishwomenstheatre.org or call 310-315-1400.

JWT provides a home for the diverse and eclectic community of artists and creators who comprise L.A.'s Jewish women's community. Both at its new home in The Braid theatre and art gallery in Santa Monica's Bergamot Arts District, in intimate salons throughout the city, and on tour throughout the nation. JWT stages and displays traditional and contemporary works that provide a forum for the development, performance and showcasing of Jewish talent.