The perps were all black youth, the victims were white and Asian professionals. Why not just say it? 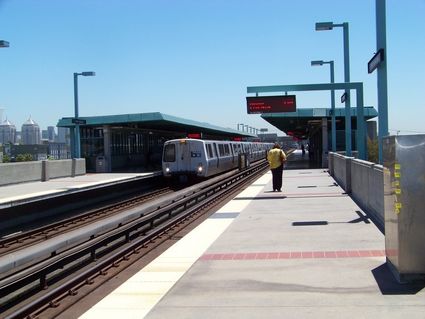 Scene of the crime: The West Oakland BART station

On Saturday 60 or 70 local kids jumped the turnstiles and committed 60 or 70 robberies of a San Francisco bound BART train, as it sat in the last West Oakland BART Station on it's way to the Transbay Tube. The kids (boys mostly), were filmed as they robbed frightened passengers at knife point.

It's a spectacular crime, the kind that happens in some countries a lot, and in the US, not so much. The Bay Area Rapid Transit people have many ways to contact the public, muses the San Francisco Chronicle. So why is no one talking about it? Indeed, why did BART not go public with the crime sooner than Monday, 48 hours after it happened?

The SF Chronicle knows damn well why not. It's because the perpetrator were all African American kids from local high schools. BART doesn't need the public help, because the entire event was filmed from security cameras all over the station. All they have to do to identify the kids is go to local Oakland high school with photos and ask their teachers. There, I said it. Come arrest me.

The passengers were every race, but included many residents and tourists from Europe and Asia. When they finally release the security camera footage, you'll see what I mean.

Oakland, which up until ten years ago was the largest majority African American city West of the Mississippi, is still 34% black (I use Black and African American interchangeably in this article; you may also write to flame me for that if you want). But Oakland is gentrifying rapidly as property values throughout the Bay Area skyrocket.

Personally, I don't blame these "inner city youth" for being angry. The black kids have mostly been left behind on the rush of money into the East Bay. They know it and they don't like it. That African Americans have largely been left out of the 21st Century Tech Boom in America is just another inconvenient truth. Perhaps if the Oakland School District taught them Science, Technology and Math in school instead of the latest liberal jargon, they would be competitive for jobs.

(Footnote: These "youth from the community" must have used social media to coordinate the crime--Twitter, Snapchat and Instagram, most probably. So they are not entirely without tech skills. Just saying).

They also know that White guilt probably means there will be no consequences for them. They are taught in school by the uber-liberal mostly white teachers, that White privilege is the reason the Caucasians and Asians get most of the six figure tech jobs. They are taught that America owes black people reparations for slavery, which ended 152 years ago. Why shouldn't they jump a few turnstiles?

"Tony Ribera, a former San Francisco police chief who directs the International Institute of Criminal Justice Leadership at the University of San Francisco, said he didn't understand why BART didn't publicize the crime sooner - both to enhance public safety and to enlist help in finding the offenders," marvels the Chronicle.

Finally, there is the ridership thing. BART wants people to take the train, of course. This sort of event, if it becomes common and publicized, is a reason to drive into work and leave the train behind.

I close with a long excerpt from the SF Chronicle article. Read between the lines.

Tony Ribera, a former San Francisco police chief who directs the International Institute of Criminal Justice Leadership at the University of San Francisco, said he didn’t understand why BART didn’t publicize the crime sooner — both to enhance public safety and to enlist help in finding the offenders.

“It seems to me rather strange ... but maybe they had other reasons,” Ribera said. “Usually, the quicker you get information out, the more likely you’re going to solve the case. The longer you wait, the less likely that is to happen.”

Ribera said making the crime public can be critical for locating witnesses and identifying those involved. And releasing surveillance photos and videos, he said, is often key to the effort. 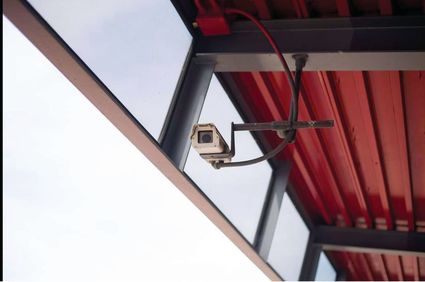 A security camera at the West Oakland BART station. The entire incident is on film.

BART faces a separate set of issues related to surveillance images of the suspects. Officials declined Tuesday to release images from cameras at Coliseum Station, citing a policy of protecting the identity of juveniles, but did send them confidentially to outside police agencies in a bulletin known as a BOLO, which stands for “be on the lookout.”

“The video clearly shows that these were young kids and young teens,” said Trost, whose agency has boosted the number of officers patrolling Oakland stations in response to Saturday’s robbery and an overall rise in police calls.

David Snyder, an attorney and the executive director at the First Amendment Coalition in San Rafael, said such a policy made sense because California law offers special protections for minors accused of a crime. However, Snyder said that doesn’t mean the agency can’t release images or video with the identifying features of juveniles redacted — for instance, with their faces blurred — which BART officials have done in the past.

Some corrections to your article: fewer than 10 people were robbed, not 60 or 70, and this happened at the Coliseum station in east Oakland, not the West Oakland station.

Garbage, stop blaming the victim. You did condone their behavior by calling it SMART. You seem to be projecting your tribulations rather than observing the situation with integrity. I don't care if they were a pack of wild dogs...it is a problem and you are blaming everything but the perpetrators. You even go on to project a false narrative about the daily occurrence of things you have no possible way of monitoring. Projections to support your agenda? Where are these kids moral values? Let me guess, some make-believe white-supremacist teacher browbeat it out of them? More like some BLM propaganda hijacked their minds...

@realitycheck I never condoned their behavior; stating its horrifying nature is redundant. However, the author is spouting racism behind the idea of fact. You know there are BART commuters that are also black, right? The robbery is reflective of an impoverished system, not some inherent black mentality. You want to blame 'the blacks' when it is the systems in Oakland that need bettering, ESPECIALLY the schools. These kids can't destroy communities that don't exist for them. BART is a highly troubled system that runs through high crime areas. Riders have requested precautions for years. Why don't all onboard cameras work? Why are there not police officers on board so late at after rush hour? Why are people able to hop over fare gates so easily? Even the Peninsula's Caltrain system has at least some supervision. Ridership needs to demand answers. The kids are jerks yes, but they took advantage of the brazenness BART demonstrates in cruising through the ghetto unprotected everyday.

Of course someone in the comments section has to come along and try to blame these criminals' behavior on racism. It is their one stop excuse for all their problems...he even called these kids SMART. Let's see how smart they really are when they end up incarcerated. Garbage, people like you are encouraging these kids to lead a life of crime and to destroy their communities under your false white supremacist narrative. This author went out on a limb in to tell the truth about some unpopular issues, glad he didn't let his feelings get in the way of discussing the problem.

Your attempt to reveal a 'politically-inconvenient truth' was successful only in that it reaffirmed that racism is very real. It amuses me to think that there are others like you who believe that these children, who were smart enough to take advantage of an insecure public transit system, are also dumb enough to enjoy daily lectures on their inferiority from supposed 'uber-liberal white teachers.' You are, in short, calling generations of Oakland's people lazy and in need of hand-holding, despite their demonstrated resilience in a cyclical poverty system--classic, American white supremacist ideology. Rather than explain to you the history of Oakland and institutional racism, see below. I hope you learn to do your own research and grow in empathy. www.ferris.edu/jimcrow/links/misclink/shipyards.htm www.acphd.org/media/144733/lduc-segreg.pdf hub.jhu.edu/2016/03/30/racial-bias-teacher-expectations-black-white/