Author Peggy Clifford Dies at 87 at UCLA Hospital in Santa Monica in March, 2017 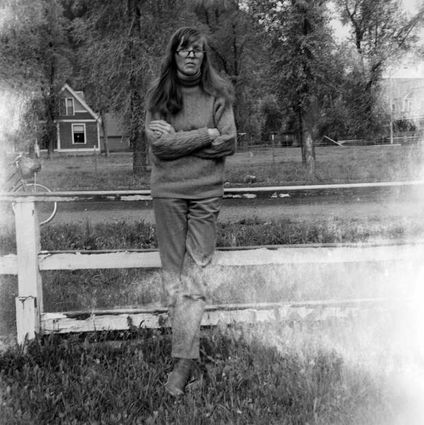 Peggy Clifford in 1965 in Aspen, Colorado

Peggy Clifford died on March 1, 2017, of congestive heart failure at Santa Monica-UCLA Medical Center. The nationally known author of "To Aspen and Back" was 87. She had a hand in founding the Mirror Newspaper in 1998, after editing the first issue of the Santa Monica Observer.

That last fact is seldom noted; she is the one person who tied together the Observer and Mirror. She also founded a local news website, The Santa Monica Dispatch, after being fired from the Mirror in 2005.

Peggy got her first big break in journalism working for gonzo journalist Hunter S. Thompson, writer of Fear and Loathing in Las Vegas. This was around 1965. One of her prize possessions was a silver tea service tray, inscribed "To Peggy Clifford with Insufficient Funds. Hunter S. Thompson." She showed it to me once, explaining Thompson gave it to her to apologize for bouncing so many paychecks.

"She wrote one of the most intelligent columns in the history of American journalism," wrote Thompson in an introduction to To Aspen and Back. "Her collected columns on Aspen would be a real saga, a million words or more. No one did what she did. Nobody else wrote with the consistency, the genuine love for the valley that she did. Other people might have felt it, but she said it."

Clifford left Aspen in 1979 and after a decade in Philadelphia and moved to Santa Monica. She was an avid online reader, right up until the end, of both the Los Angeles and New York Times, said a neighbor of hers.

Peggy was adventurous, cerebral, intellectual and emotionally distant. I say this having known her personally. She was a moral atheist who lived a full, exemplary life. Being brilliant, she did not tolerate fools. Being liberal to the core, she did not mince words about her opinions, which is part of the reason Michael Rosenthal removed her as editor of the Mirror in 2005. She had offended too many potential advertisers, especially the ones who work at City Hall.

Peggy believed that the purpose of journalism was to comfort the afflicted and afflict the comfortable. She more than believed it, she lived it. She told me around 2005 that no one at the Santa Monica Newspapers, including mine, dared to call out Santa Monica City government for their obvious corruption and gross stupidity. She was right about that.

A sample of her writing from http://www.santamonicadispatch.com:

I first witnessed the thoroughly vile and barbaric practice of "outsourcing" jobs in Santa Monica in the early 1990s.

The Santa Monica Pier was swept clean, polished and shined every day by a middle-aged woman and her nephew. They had lived in Santa Monica all their lives, and they loved the pier and took great pride in their work. But, without warning or explanation, the city fired them.

Peggy had written off her sister on the East Coast when she moved in her 20's. She had boyfriends even into her 70's and 80's, but never married and never had any children.

Words like "nice" or "kind" do not describe her at all. It's not that Peggy was mean. It's more like, you knew instantly you were around someone with a superior intellect and cutting edge critical faculty. This made it hard to be around her at times, but also made you feel that you were lucky to be in her inner circle, and not landing on the sharp edge of her swift intellectual sword.

Peggy lived life on her own terms, with neither a wedding nor a funeral. A friend told me that in accordance with Peggy's wishes, she had her ashes spread out into the Pacific Ocean by another friend. If anyone plans a memorial, I haven't heard about it. If you hear anything, please let me know.

I didn't know she was sick or in the hospital. She didn't tell me. I'm not sure she told anyone. The fact that she died only came to light in April 2017, when the Aspen Times printed an obituary. You should read it, it's better written than mine. 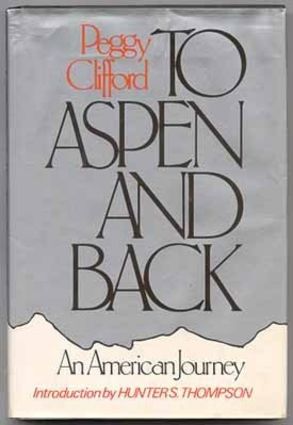 Cover of To Aspen and Back by Peggy Clifford, with an introduction by Hunter S Thompson

"Peggy Clifford, the maker of four PBS documentaries and author of four books, including "To Aspen and Back," who also was a managing editor and columnist for The Aspen Times, died Feb. 13 at a hospital in Santa Monica, California. She was 87.

Clifford lived in Aspen from 1953 to 1979 before moving to Philadelphia. She later settled in Southern California for the past 30 years, living by herself but still writing about politics for such publications as the Santa Monica Dispatch, which she founded and edited."

And a quote from Oscar Wilde: There are probably many people who could be writers. There are few who can endure the writer's lifestyle.