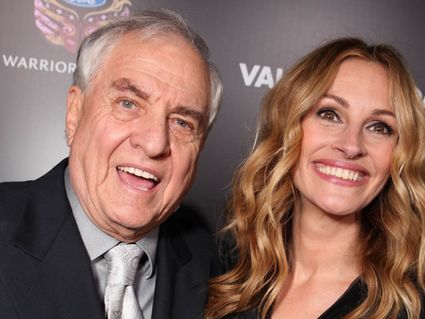 It has been just little over a year now since the passing of Garry Marshall. Garry was born in New York City on November 13th 1934 and passed away in Los Angeles, California on July 19th 2016. During those many years Garry Marshall accomplished more than the vast majority of people even dream of doing.

Garry Marshall was a brilliant creative person who throughout his life brought joy and happiness to many by directing films such as Flamingo Kid, Beaches and Pretty Woman to name but a few. He gained fame as a writer for many hit television shows such as The Jack Parr Show, The Joey Bishop Show, The Bill Dana Show, The Dick Van Dyke Show, The Lucy Show, Gomer Pyle U.S.M.C., I Spy, Love American Style and more. He created and Executive Produced such huge television hits as The Odd Couple, Happy Days, Laverne and Shirley, Mork and Mindy and Joanie Loves Chachi.

Garry also dabbled in theatre co-writing "The Roast" which opened on Broadway but stayed only a few days. Later he co-wrote and directed "Wrong Turn at Lungfish" which did achieve significant theatrical success. Gary Marshall also had several acting roles. But for all of this amazing accomplishment and great success Garry Marshall throughout his life was a very real, warm and decent human being and absolutely nothing like the stereotypical perceptions of the Hollywood elite.

I had the pleasure of meeting Garry Marshall several times over the years and not once did I see anything but a very decent and friendly man. The first time I met Garry was some event at Disney Studios that my then very young daughter had been invited to. A small group of children and their parents were sitting in a screening room when unannounced Garry Marshall walked in just to entertain all present with a few jokes and to say hello. Later I met Garry several times at his wonderful Falcon Theatre in Burbank, California. Always Garry was just a very pleasant human being, the type of person you just loved being around.

So with all of his success fame and a certain respectable level of fortune who exactly was Garry Marshall and how did he become the great success that he truly was? Or putting it perhaps in more focused terms, how did Garry Marshall "make it" in Hollywood when so many try and fall short. 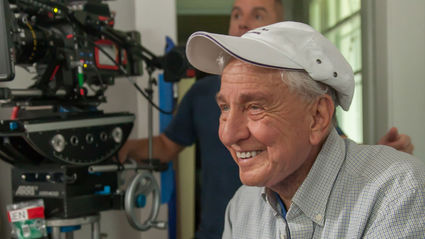 You can find the answers in his typically down to earth yet compelling book "Wake Me When It' Funny – How to Break Into Show Business and Stay There" written by Garry Marshall with Lori Marshall," Garry Marshall began his life in the Bronx with a somewhat scrappy background but with an abundance of familial love, One of the guiding forces in his life was a need to generate laughter. Another extremely important force within Garry was to simply never ever give up. When things go against you as they sometimes will, learn from the experience and move forward with greater knowledge, wisdom and focus. Just never ever quit. For this and so much more I salute you Garry Marshall.

You may get a copy of "Wake Me When It's Funny" here: https://www.amazon.com/Wake-When-Its-Funny-Filmbooks/dp/1557042888 or at other online stores such as Barnes and Noble. It is packed with great information but far more than that it is also a truly great read.