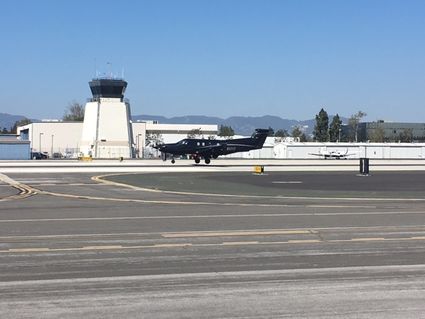 Santa Monica airport is scheduled to close in 2029

The Santa Monica Airport Runway shortening project has been halted by a TRO issued by Federal Court. The 100 year old airport is not popular among its neighbors, who say they did not signup for the amount of private planes that take off and land amid the unbelievably overpriced real estate. But the airport has its defenders too. Thus wrote the Santa Monica Airport Association, on its website:

"Santa Monica City Council's shameful backroom deal to shorten the runway at the Santa Monica Municipal Airport ("SMO") was halted today by a federal judge. The City council met in secret earlier this year to force through a runway shortening deal with FAA out of public view or comment, resulting in a controversial "Consent Decree." Why is the City afraid of public debate and comment on SMO as a key public resource? All the City had to do to resolve the underlying lawsuit was put it on a council agenda, have the open meeting and hearings as required, and vote again – at which point the lawsuit would have been dismissed. Instead, they've dug in their heels, hired a pricey international law firm, removed the case to federal court, and are fighting tooth and nail. Which begs the question - Why?" http://www.santamonicaairport.info/santa_monica_airport_runway_shortening_halted

The airport is about 2 miles (3 km) from the Santa Monica Bay and 6 miles north of LAX. The FAA's National Plan of Integrated Airport Systems for 2009–2013 categorized it as a reliever airport. The airport will remain open until 2029