A high school phenom with no college experience was merely finding his way. 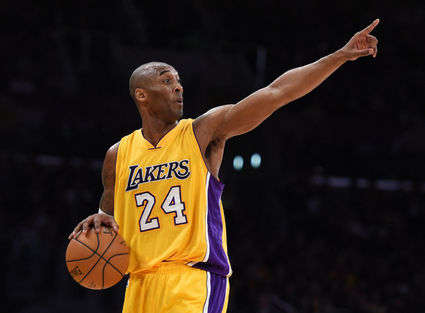 Kobe Bryant pointing to the future. Ok, probably not really, but it's a nice photo.

(EDITOR'S NOTE: This column by sports editor Mitch Chortkoff appeared two years ago in the Observer and is being run again due to recent requests from readers.)

It was 1996 and I was in Honolulu covering the Lakers' training camp.

It was an especially important one because General Manager Jerry West had made a spectacular move which resulted in the acquisition of rookie guard Kobe Bryant and center Shaquille O'Neal.

In the first few days of the camp I found O'Neal to be outgoing, easy to interview, establishing the foundation for a friendship we have to this day.

Bryant, who had been a high school phenom with no college experience, was merely finding his way.

Off the court, I mean. On the court it was a lot different.

"He was so confident of his ability to play on the NBA level," recalls West. "A great competitor.

"Now he's completing a remarkable career. His passion for the game, his determination have been big factors.

"Throughout his career he has played despite injuries. That, combined with his skill has made him so outstanding. But it's time to go."

Magic Johnson reminds us that Bryant wouldn't have become a Laker if West hadn't made the blockbuster trade with Charlotte in 1996. But it was only for the 13th pick.

"Jerry saw how good Kobe was when nobody else could see it," said Johnson.

West said other teams knew Kobe was very good but they weren't willing to invest a high draft choice on a high school player.

"It was just the beginning of the arrival of high school players in the draft," said West. "Most teams wanted an experienced player high in the first round.

"I offered Vlade Divac to every team that had a high draft choice. Word got around that something must be wrong with Vlade. There was nothing wrong with Vlade. He was a premier center but I wanted Kobe so badly."

And, of course, a few weeks later West and the Lakers became the winning bidder for O'Neal, who was a free agent.

Bryant's father was Joe (Jellybean) Bryant, a former NBA player. As a result, Kobe had often been around the NBA scene in Philadelphia. He played pickup games with NBA players while becoming a nationally known high school sophomore.

Now, 20 years later, Kobe has announced his retirement from the Lakers after playing his entire career with the same team.

What memories for me.

As the years went on Bryant became as comfortable with the media as he was on the court. He was never as gregarious as O'Neal but he listened carefully to our questions and responded with well-thought-out answers.

Our relationship was professional but when I lost a leg due to diabetes he took me aside and asked about the details of my recovery.

I thought he had enough on his mind without worrying about me but he really cared and I recognized that he had grown as a man besides being an outstanding basketball player.

Like the rest of us who've covered his career we media people are sad to see the Lakers being so awful in Kobe's final year.

He deserves better. A lot better.

Steven A. Smith, the tell it like it is sports analyst on ESPN, said on TV last week that Jim Buss is to blame for fielding such an unsuccessful team in Kobe's farewell season.

Smith even said Kobe should retire immediately because the Laker owner has left the admired star without much of a supporting cast. With a 2-15 record, including a 103-91 loss to the previously winless 76ers Tuesday night the Lakers have declined dramatically from their glory years when Jerry Buss owned the team. 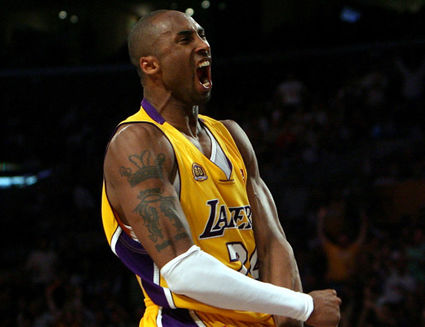 "Jerry saw how good Kobe was when nobody else could see it," said Johnson.

Kobe wouldn't quit so early in the season, but Smith had it right that the Lakers shouldn't have plunged so far in recent seasons. It is a shame.

As I've written previously they should have made either Dwight Howard or Pau Gasol happy so the Lakers would have continued to have a quality center. That would have provided a foundation that prevented their dismal downfall. And free agents would have taken them more seriously.

Instead, Kobe is trying to salvage something from an embarrassing final season.

He'll be honored in every city during his farewell tour. He shoots too much and he can't get enough lift from his legs on jump shots.

But let's still enjoy watching one of the greatest players of all time for a few more months.