Attorney John Mendoza kills Langer and shoots Ron Beck, then himself. The 3 were law partners 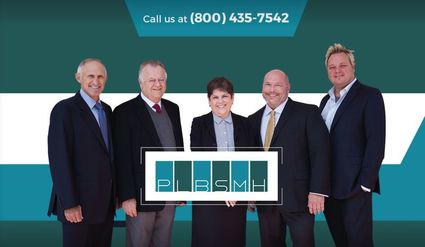 12/29: The Observer has learned the names of both the perpetrator and victims in what Long Beach Police called an act of workplace violence Friday.

"Major Langer came to the office to fire a named partner named John Mendoza. Mendoza pulled out a gun and shot Major dead and shot Ron (Beck) in the stomach. Ron's in the hospital with serious injuries," says our source. "Then Mendoza shot himself to death, too."

In the 1990's, Los Angeles personal injury attorney Larry H Parker became locally famous for his pervasive TV ads with the tag line "I'm Larry H Parker, and I will fight for you!" If he could not settle cases prior to filing suit, he would refer the case to the Perona, Langer firm. Eventually the two firms moved in together.

"Mr. Langer is the senior managing partner of Perona, Langer, Beck, Serbin, Mendoza and Harrison. He has tried over 75 civil and criminal cases to verdict. Mr. Langer handled the case of Weber v. The City of Rolling Hills as a result of the Rolling Hills Landslide," says the Perona Langer website about the dead law partner, https://www.plbsmh.com/firm-overview/attorneys/

"John has successfully litigated thousands of industrial injury cases over the past 20 years. Many of these cases involved trial court decision being overturned, resulting in changes to California laws benefiting not only his clients, but all Californians." says the Perona Langer website about the perpetrator, https://www.plbsmh.com/firm-overview/attorneys/

From CBS on 12/30/17: Coroner's officials on Saturday released the name of the gunman who fatally shot a man at a Long Beach law office before turning the gun on himself. Lt. Dave Smith of the Los Angeles County Coroner's Office identified the gunman as 58-year-old John Mendoza, of Redondo Beach, CBS Los Angeles reports.

The shooter was a partner at the firm of Perona, Langer, Beck, Serbin, Mendoza and Harrison — which reportedly acquired the Larry H. Parker law firm years ago and shared the building. The shooter was recently fired, CBS Los Angeles reports.

Major Langer, 75, of Rolling Hills, was identified as the victim. Another shooting victim was taken to a hospital, where he was in serious condition but is expected to survive. 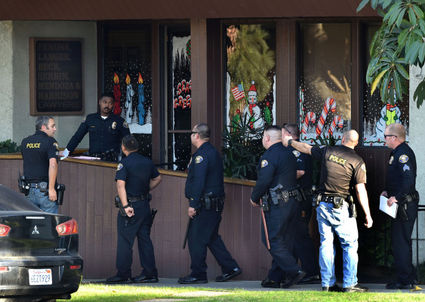 We are shocked and saddened by the tragedy that occurred at the Law Offices of Perona, Langer, Beck, Serbin and Harrison yesterday, leaving one of our partners dead and another injured in a senseless act of workplace violence. On behalf of our entire firm, we wish to extend our deepest condolences to the family of Major Langer, who was killed in this tragic incident.

Major was a big part of the Law Offices of Perona, Langer, Beck, Serbin and Harrison's success. Major leaves his wife, children, and grandchildren a legacy that was truly as special as he was. Our thoughts and prayers are with Major's family, as well as with the family of Ronald Beck, who was injured and remains hospitalized at this time.

To Our Clients: Rest assured that your case will not be affected and we will continue to vigorously represent you.

Was he a pastor?

My heart, soul, tears and prayers go out to EACH and EVERY person AND their families involved in this unnecessary tragedy. The Work Comp community is an extremely small one and this, for me, was way too close to home. RIP.

Being in the legal field for many years and having worked with the attorneys involved, this is very sad situation and my condolences to their families. Agreeing with the previous comment, it was not the right time to terminate someone, however it was inevitable that it was probably to happen sooner or later. May they RIP.

According to people I've spoken to who have contacts in that firm, Mendoza had been terminated the week prior -- NOT at the party or anytime proximate to the party. He obviously chose the day of the party to retaliate.

I’m not placing blame I do believe it might have been a far less emotional situation had personnel issues been handled after the holiday season. Terminating a long time employee close to a room full of employees during the annual Christmas party when it’s possible bonuses are awarded, and “a wheel being played for prizes” is a very poor time to fire anyone. Termination is a very stressful, emotional event in anyone’s life. As happens people with emotional or mental health issues can snap. Mendoza probably thought he had nothing to lose. Regardless HR training recommends termination be away from other employees and as kind and respectful as is possible. And not in proximity or even near location if any company gathering. Perhaps this couldn’t have been prevented, but certainly there was potential for many more employees to be shot or injured. And had there been violent signs security should have been hired. Let’s hope others learn from this very sad event.

What facts are incorrect?

Unbelievable. You put unknown source, don’t know the facts, publish names and have no consideration for the families who just lost a loved one. Just eager to post and thats It.