"Get Out" wins Best Feature, Best Director (Jordan Peele) at ISAs, and the Oscar for Best Original Screenplay 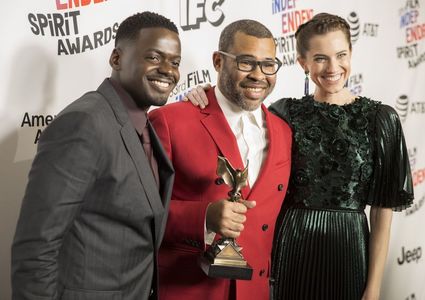 On Saturday, March 3, 2018, in a large tent just steps from the Santa Monica Pier, Hollywood's most accomplished and up-and-coming independent filmmakers gathered together for the 2018 Independent Spirit Awards. Now in its thirty-third year, the Independent Spirit Awards annually recognizes the best low budget, artist-driven, independent films – films that embody an unfailing commitment to creativity, diversity, innovation, and a uniqueness of vision.

Many films that were honored with an Independent Spirit Award later won Best Picture at the Academy Awards, including "Moonlight", "Spotlight", "Birdman", "12 Years a Slave", and "The Artist". And this year alone, four of the nine films nominated for Best Picture at the Academy Awards were also Independent Spirit Award winners: "Get Out", "Three Billboards Outside Ebbing, Missouri", "Lady Bird", and "Call Me By Your Name".

This year, "Get Out" won Best Feature and Best Director (Jordan Peele) at the Independent Spirit Awards, as well as the Oscar for Best Original Screenplay. "Get Out" tells the story of an edgy black photographer (Daniel Kaluuya) who goes on a weekend getaway with his alluring white girlfriend (Allison Williams) to meet her parents (Bradley Whitford and Catherine Keener) at their countryside estate, only to uncover the family's dark, twisted world.

Timothée Chalamet was awarded Best Male Lead for his role in "Call Me By Your Name". The film is a coming-of-age gay love story set in the 1980's. It tells the story of a 17-year-old boy (Chalamet) who falls in love with a 24-year-old Jewish-American doctoral student (Armie Hammer) who spends the summer with the boy's family at their villa in Northern Italy. "Call Me By Your Name" also won the Independent Spirit Award for Best Cinematography, and the Oscar for Best Adapted Screenplay.

Frances McDormand won an Independent Spirit Award for Best Female Lead, as well as the Oscar for Best Actress, for her role in "Three Billboards Outside Ebbing, Missouri". The film tells the story of Mildred Hayes (McDormand), who rents three abandoned billboards near her Missouri home to call attention to the local police's lack of progress in solving the brutal rape and murder of her teenage daughter seven months earlier.

"Three Billboards" also stars Sam Rockwell, who won the Independent Spirit Award for Best Supporting Male, as well as the Oscar for Best Supporting Actor, for this film. Rockwell portrays Officer Dixon, a racist and violent alcoholic policeman who is outraged by the billboards.

Allison Janney won an Independent Spirit Award for Best Supporting Female, as well as the Oscar for Best Supporting Actress, for her role in "I, Tonya". The film tells the story of the life and career of American figure skater Tonya Harding (Margot Robbie), whose husband conspired to attack figure skater, Nancy Kerrigan, on the eve of the 1994 Winter Olympics, in one of the most infamous scandals in figure skating history. Janney portrays LaVona Golden, Tonya's estranged, abusive mother. "I, Tonya" also won the Independent Spirit Award for "Best Editing".

The Independent Spirit Award for Best Screenplay went to Greta Gerwig for "Lady Bird", a film starring Saoirse Ronan and Laurie Metcalf. The film is a coming-of-age story of a high school senior (Ronan) and her volatile relationship with her strong-willed mother (Metcalf). "Call Me By Your Name" lead Timothée Chalamet also costars in this film.

The Independent Spirit Award for Best First Screenplay went to Kumail Nanjiani and his wife, Emily Gordon, for "The Big Sick", an autobiographical comedy about the couple's real-life courtship, Nanjiani's family's expectation that he would have a traditional, Pakistani, arranged marriage, and Gordon's sudden, mysterious, life-threatening illness.

The Eleventh Annual Robert Altman Award was given to director Dee Rees, casting directors Billy Hopkins and Ashley Ingram, and ensemble cast Carey Mulligan, Mary J. Blige, Garrett Hedlund, Jason Mitchell, Jason Clarke, Jonathan Banks, and Rob Morgan for the Netflix film, "Mudbound". Set in the aftermath of World War II, "Mudbound" is the epic tale of a black World War II veteran and a white World War II veteran, each traumatized by the war, who return home to a remote cotton farm near the Mississippi Delta and bond with each other, despite a brutal, racist, social hierarchy. Mary J. Blige received an Oscar nomination for Best Supporting Actress for this film.

The Independent Spirit Award for Best Documentary went to the French film "Faces Places (Visages Villages)", which chronicled the life of legendary 89-year-old director Agnès Varda, who directed films since 1955 and is known for directing "Vagabond (Sans Toit ni Loi)" (1985) and "Cleo from 5 to 7 (Cléo de 5 à 7)" (1962), among many other films.

The Independent Spirit Award for Best International Film was awarded the Chilean film "A Fantastic Woman (Una Mujer Fantástica)", which also won the Academy Award for "Best Foreign Language Film". The movie is about a transgender woman (Daniela Vega) who battles for acceptance and recognition from her boyfriend's intolerant family after he passes away. It is the first film to win an Oscar with a transgender lead. 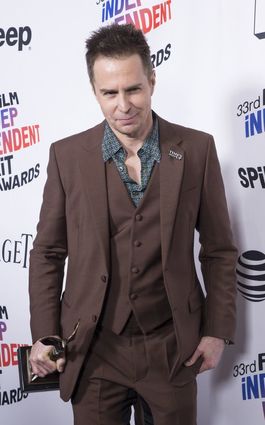 The John Cassavetes Award for Best Feature Made For Under $500,000 went to the slice-of-life drama, "Life and Nothing More", which chronicles the everyday struggles of an African American family in Northern Florida and the son's search for identity in the modern world.

Hosting the Independent Spirit Awards for a second consecutive time were Nick Kroll and John Mulaney. The Award's house band was Sunflower Bean.

Film Independent, the organization that sponsors the Independent Spirit Awards, uses the award show as its primary fundraiser for their year-round programs, which include sponsoring the LA Film Festival and a weekly movie series at the Los Angeles County Museum of Art.