Republican John Cox, with 26% of the vote, defeated former LA Mayor Villaraigosa to advance to the finals in November 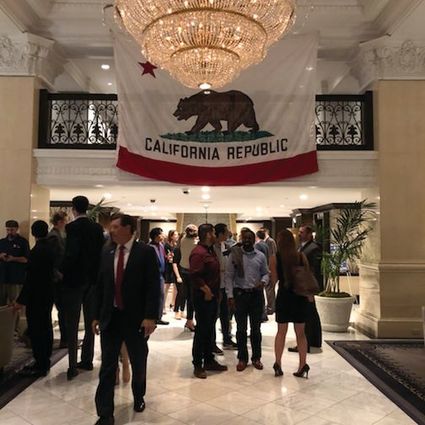 Republican John Cox, with 26% of the vote, defeated former LA Mayor Villaraigosa to advance to the finals in November. No one would have thought that possible as recently as March, when Cox received a ringing endorsement from President Donald Trump.

Cox's presence at the top of the ballot could lure more Republicans to the polls in November. Gavin Newsome, who received 33% of the ballots, will lead the Democrats

Democrat Josh Newman, of Fullerton, appears to be heading for defeat after he was recalled by voters upset over his support of a gas tax hike.

On June 7th, Trump tweeted: "Great night for Republicans! Congratulations to John Cox on a really big number in California. He can win. Even Fake News CNN said the Trump impact was really big, much bigger than they ever thought possible. So much for the big Blue Wave, it may be a big Red Wave. Working hard!"

In the 26th Senate District, Democratic incumbent Ben Allen received 75 percent of the votes. He will face Baron Bruno, a real estate agent without a declared political party, in the general election. Bruno received 13.2 percent of the preliminary votes tallied Tuesday. He has been described by some as a Libertarian.

"I'm so honored to have received strong support from all across my diverse district. We worked really hard these part four years to be a responsive, engaged senate office that put constituents first and I'm very grateful that the voters saw and rewarded that commitment. Now it's on to November and I hope to earn folks' support again in the general election." Allen told the Observer.

Former Santa Monica Mayor Richard Bloom was unopposed in his race to be re-elected to the California State Assembly.

About 62 percent of votes were cast against Proposition 70. The measure would have required a one-time, two-thirds majority vote in the Legislature on how program money is spent, which could have given Republicans a greater say in the process.

Voters approved three other measures on the ballot. Proposition 69, which was backed by groups representing construction companies and workers, requires the state legislature to use money from a recently-approved diesel tax and vehicle fee to fund transportation projects.

Lawmakers voted to put the measure on the ballot last year when they passed the gas tax increase, which Republicans want to repeal through a separate ballot initiative in November. "The overwhelming victory is a signal that fixing roads is a high priority for Californians," Rich Garbarino, president of the League of California Cities, said in a statement.

The other two measures give tax breaks to homeowners who install rain capture devices and delay the effective start date for ballot measures by about six weeks.