Middle of the night agreement with the FAA challenged in Court 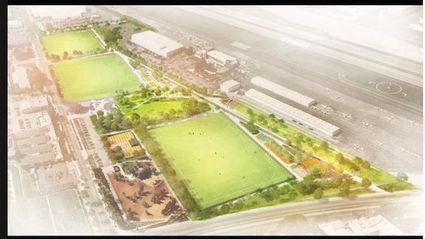 An artists rendering of the new designs for the park South of the Airport runway. The airport itself is supposed to close in 2028, per an FAA agreement with the City of Santa Monica.

A court denied a pilots' group petition claiming the FAA exceeded its authority when it agreed to allow the city to shorten the airport's single runway last year.

NBAA had petitioned the court to vacate the 2017 agreement, arguing that the FAA defied requirements set by Congress as well as the agency's own responsibility to support aviation. The U.S. Court of Appeals for the District of Columbia denied the petition on procedural grounds.

As authorized by the agreement with the FAA, the city shortened SMO's runway from 4,973 feet to 3,500 feet in a successful effort to reduce jet traffic at the airport late last year. The city has said it plans to close the airport by the end of 2028. According to NBAA, it will continue to pursue options for keeping the airport open.

"I can't wait until we get our public land back and turn a hazard zone into a green zone. Our very own Central Park for us and future generations to enjoy! Public land should be used for a public purpose, and some day, it will be," said local resident Cindy Bendat, of www.airport2park.org.

NBAA promotes the aviation interests of organizations utilizing general aviation aircraft for business purposes in the United States and worldwide, according to its website.

"We're obviously disappointed by this decision, but it's important to note the court did not make a determination as to the merits of our arguments against the validity of the original settlement agreement," said NBAA President Ed Bolen. "This ruling was purely a matter of procedure, and in no way does it establish a precedent by which the FAA may enter into similar agreements affecting the fates of other vital general aviation airports." NBAA is also involved in a pending administrative complaint that claims the city violated its grant-based obligations to the airport.