A Provocative Title Full of Adult Humor, Emotions, Conflicts, Drama but no Resolution 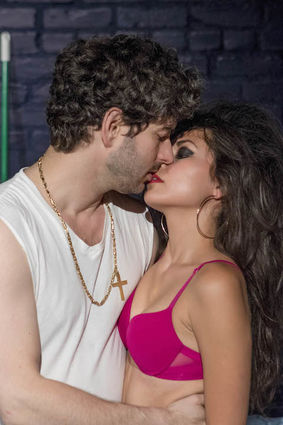 'Mother F**ker With the Hat' a review

Let's just begin with the title to this show. It is perhaps one of the weirdest and possibly most provocative I have ever seen. Yet as the story unfolds it makes sense and it was after all written by Pulitzer Prize winning playwright Stephen Adly Guirgis. It is also directed by multiple award winning Gloria Gifford and staged at her new Gloria Gifford Conservatory in Hollywood. Oh and what a tale is told. Though billed as a dark comedy I saw much more.

It begins with Jackie, recently released from prison after serving time for dealing drugs and his smoking hot but sadly addicted girlfriend Veronica. Later we meet Ralph, Jackie's sponsor in a 12 step program. As their relationship is revealed it become clear that Ralph may very well not be the best possible sponsor for Jackie or for anyone else for that matter. Two other characters come into play, Victoria, Ralph's wife and Cousin Julio, Jackie's cousin.

Central to the theme is a hat Jackie finds in Veronica's apartment. It is a man's hat and not belonging to Ralph. This sparks a jealous rage in Jackie and eventually causes him to shoot the hat in the apartment of the man he believes owns the hat and who he assumes was also playing around with his girlfriend. Jackie eventually learns that the man he assaulted did not own the hat but someone else close to him did own it. That revelation comes only after Jackie learns that he will soon be returning to prison for a parole violation.

If all of this seems a bit confusing it can be at times. And yes there is indeed plenty of dark humor but there is also a real look at issues of addiction, the veracity of 12 step programs and the many struggles pretty much everyone faces at some level during their lives, because dark as it may be "Mother F**ker With the Hat" does present some very powerful real life emotions and conflicts that can arise in a variety of relationships. As the show draws to its conclusion I also got a sense that in its very own unique way it also presented one very powerful if indeed troubled but passionate and undying love.

This show is not for everyone. Certainly no children and anyone sensitive to an abundance of profanity should stay away. However I am willing to bet that pretty much everyone over the age of 30 can relate to at least of most of the components of this story. You may have never used drugs and most people have never sold drugs but pretty everyone at the very least knows someone who is a drug user and/or alcoholic which is just another form of drug. We have known of at least one family member, co-worker or friend who has had difficulties related to drug or alcohol abuse. And as for the language, well I submit that pretty much everyone in our world has used or at the very least heard most if not all of the curse words used in this show. So again I say that "Mother F**ker With the Hat" is heavily rooted in reality and its presentation is indeed humorous and intriguing and fun to watch being played out.

"Mother F**ker With the Hat" Is playing now through August 26th 2018 at the Gloria Gifford Conservatory, 6502 Santa Monica Boulevard, Hollywood, California 90038. With performances Saturdays at 8:00 p.m. and Sundays at 7:30 p.m. reservations may be made by calling 310-366-5505 and tickets may be purchased online at: http://www.tix.com. The show is triple cast but the team I saw on opening night were absolutely superb and having seen several Gloria Gifford productions I am confident that the other two casts are equally impressive. Kudos to Gloria and her highly talented team. 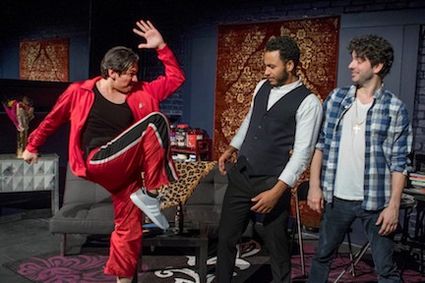 Christian Maltez, Keith Walker, Danny Siegel can swear with the best of them.

For even more fun and information visit http://www.ronirwin.net.