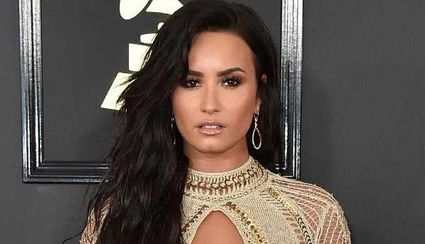 Singer Demi Lovato is said to be in a persistent vegetative state, or coma, after a drug overdose.

On the eve of a hotly anticipated string of tour dates, pop music superstar Demi Lovato has reportedly been hospitalized for an apparent heroin overdose after being revived at her home with the opioid treatment drug Narcan.

According to multiple reports, law enforcement officials say the 25-year-old onetime Disney pop princess was rushed to a hospital in Los Angeles after she suffered from what appeared to be a heroin overdose. People reports that she is currently "okay and stable."

Per TMZ, Lovato was transported on Tuesday just before 12 p.m. after being treated at her Hollywood Hills home with Narcan, an emergency medication that is often used to revive people in instances of narcotic overdoses.

According to TMZ, the overdose occurred at Lovato's home, and when paramedics arrived she was unconscious.

A rep for Lovato did not immediately respond to Fox News' request for comment.

I don't think Demi Lovato has come out of the vegetative state. I believe that she is either on life support or she has passed away. There was way too much time at the house that she was out, at the party-goers called her people in and then they made a judgement call to get emergency vehicles on site. Her Mansion just got put on the market, it's because she's gone. I believe that they will find a look-alike in and get plastic surgery to make her more of a match, and then you'll see a brand new Demi Lovato just my thoughts.